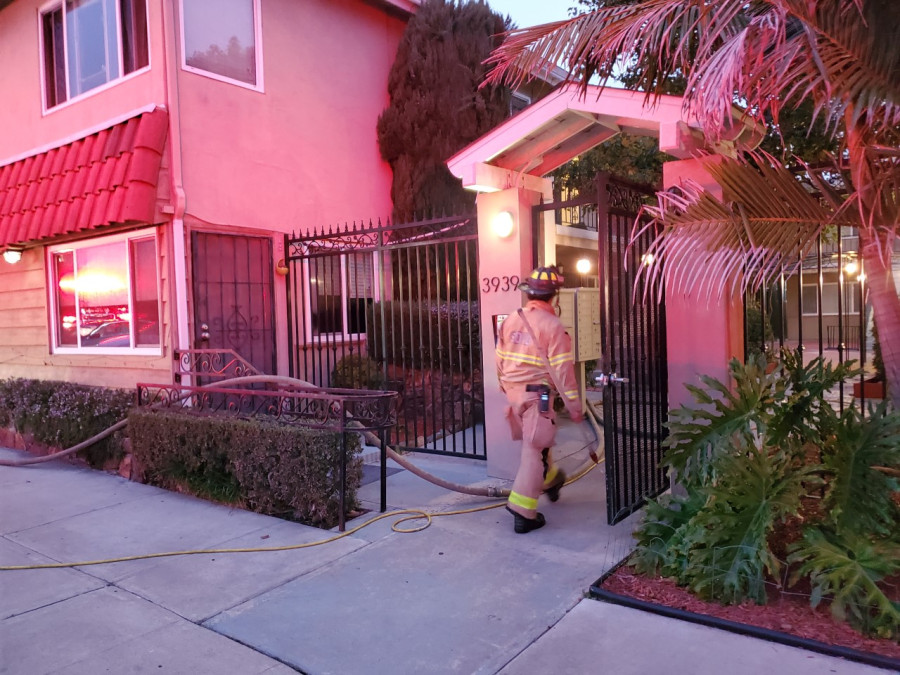 The blaze was reported shortly after 5:30 a.m. at a two-story apartment building on Idaho Street near University Avenue, according to the San Diego Fire-Rescue Department.

The extent of the victim’s injuries was not immediately available.

The cause of the fire was under investigation.