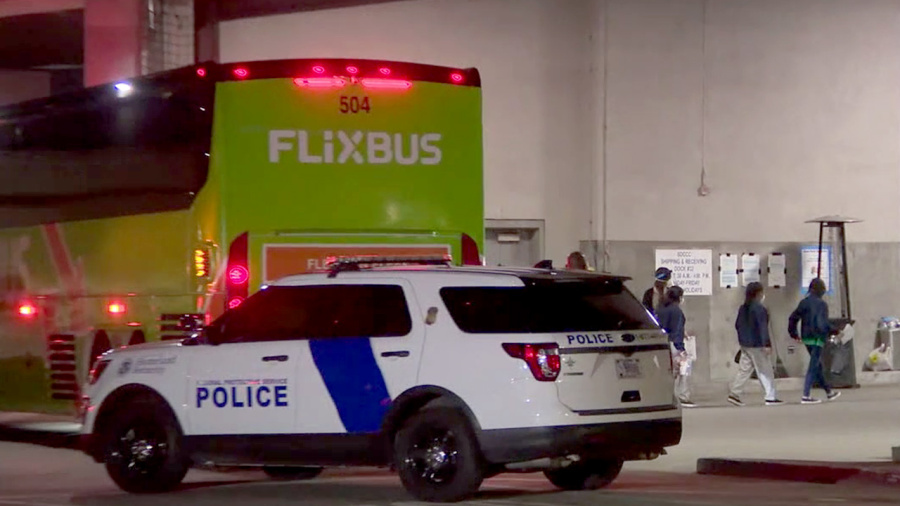 SAN DIEGO – Seventy of around 750 unaccompanied migrant children being held at the San Diego Convention Center have tested positive for COVID-19, the U.S. Department of Health and Human Services said Tuesday.

As of Monday afternoon, 33 migrants had tested positive — including 27 from pre-transfer screenings and another six since arriving in San Diego. Another six girls tested positive after taking rapid tests while at the convention center. None of those cases are serious, according to the HHS, and all are symptomatic at this time.

On Tuesday, Preston told FOX 5 in an email that of the 247 migrants who arrived Monday night, 32 were positive. Another girl who had been placed in a virus-exposed group tested positive Monday night.

Preston said the girls who tested positive are being sheltered away from the rest of the migrant girls under COVID-19 protocol.

The first group of children arrived Saturday evening after flying on three charter flights from Texas and were taken by multiple buses to the temporary shelter at the convention center. The planes landed at the San Diego Airport between 9 p.m. and 10:30 p.m. Saturday.

The girls were tested for COVID-19 before arriving in San Diego and will be tested every three days while staying at the convention center, according to the U.S. Department of Health and Human Services.

The creation of such emergency intake sites is designed to shift the minors — most of whom are from Guatemala, Honduras and El Salvador — more quickly out of U.S. Border Patrol custody while helping to alleviate overcrowding at border holding facilities.

On March 22, city and county officials announced that they would make the convention center available for the U.S. Department of Health and Human Services to use as a temporary shelter for minors up to age 17.

The site will be used for about 90 days, with the average stay for each child averaging 30-35 days, city officials said. The children will be provided with food, medical care, a place to sleep and showers.

A recreation area will also be used on the exterior of the facility. The children will not be permitted to leave the facility until they are reunified with family members in the United States or connected with other sponsors.

The Health and Human Services Refugee Resettlement Program will fund the temporary shelter, and additional partners include the Federal Emergency Management Agency, Center for Disease Control and the convention center.