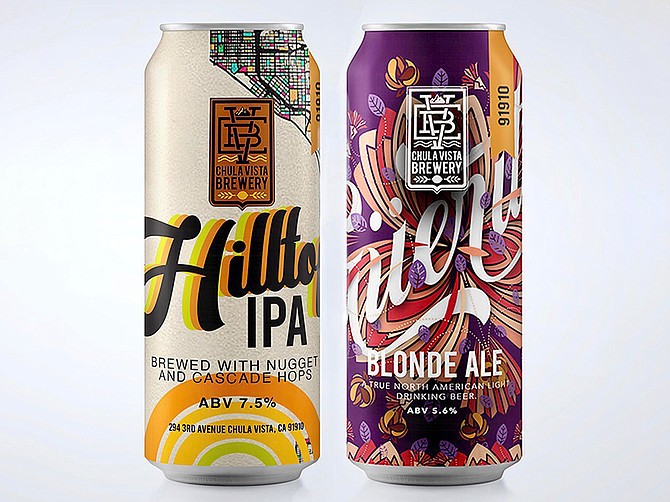 Chula Vista Brewery is the only Black-owned brewhouse in all of San Diego County.

For owner Timothy Parker, launching the brew business was not only about representing for the African American culture, but bringing craft beer to the underserved area of South Bay.

“I always loved beer,” said the Chicago-native, who opened the 2,700 Chula Vista location in 2017 following a 20-year career in the United States Navy. “I was traveling the world and drinking beer all over the world. I was also a home brewer, and I saw a gap in craft beer in the Chula Vista area. When I retired, I wanted to do something I would love and enjoy. I always joke the craft beer industry found me.”

Inspired by the success of Chula Vista Brewery, which makes roughly $1 million in revenue and 500 barrels a year on a five-barrel system, Parker is opening a second location in March – this time a brewpub in Eastlake, a neighborhood in Chula Vista.

At about 7,000 square feet, Chula Vista Brewery of Eastlake will not only serve all the craft creations Chula Vista Brewery is known for (including the Humble, an IPA, and Guerita, a blonde ale), it will also have a full kitchen serving Texas-style BBQ. Additionally, the indoor/outdoor venue will increase the company’s brewing capacity to 1,500 barrels thanks to the addition of a 10-barrel system, said Parker, as well as its overall profit.

“What makes our brewery stand out is it is filled with culture and diversity,” said Dali Parker, wife of Timothy Parker and co-owner of Chula Vista Brewery. “Our brewery is minutes away from the Mexico border and our focus is to bring quality beer to our neighborhood and community. We are the only Black-owned (and Brown-owned) brewery in San Diego out of 150+. Chula Vista in itself is a community that is widely diverse, rich and full of culture, and so is our brewery.”

He said, in order to represent both his Black culture and his wife’s Mexican culture, Chula Vista Brewery is full of décor that draws inspiration from both their heritages. This includes a lot of military memorabilia, he said, down to the hip-hop and reggaeton music that blares through the speaker system.

“People walk in here and they feel right at home,” he said.

The upcoming food and beverage place is not the only new development for Chula Vista Brewery.

In response to COVID-19, Timothy Parker said the company completely switched over to a canning system last year. It purchased a crawling machine as well as a canning machine, both of which are stationed at the original location, he said.

The company typically cans a whole tank of its liquid production and, through a self-distribution model, sells product to about 30 locations, mostly within the Chula Vista area. This includes local grocery stores and liquor stores, said Parker, a move that has allowed the company to grow and expand its footprint.

Additionally, Chula Vista Brewery recently partnered with Brooklyn Brewery, also a Black-owned brewhouse out of New York City, to fund technical education and career advancement for black, indigenous and people of color in the brewing and distilling industries. Proceeds from The Michael James Jackson Foundation, named after a renowned beer and whiskey writer, will go toward eight scholarships, said Parker.