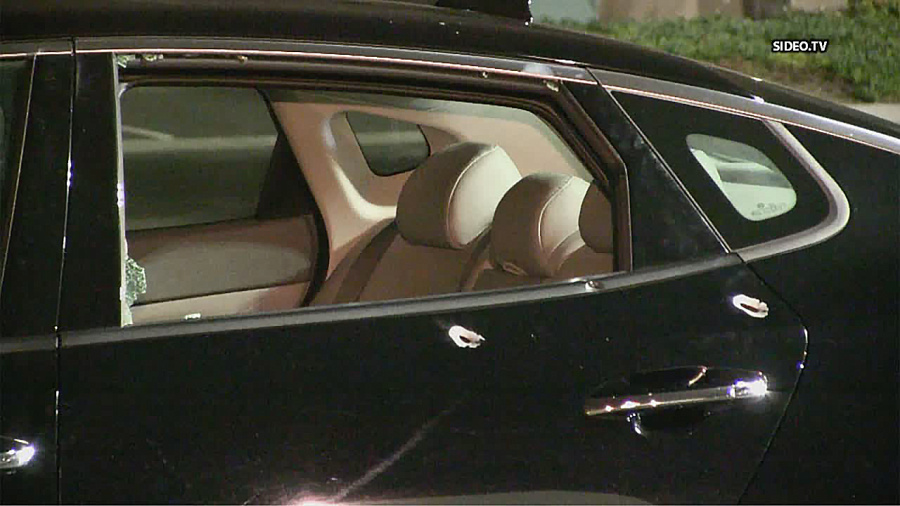 SAN DIEGO – A driver reported that someone in another car fired several shots at him late Sunday night while he was driving on a San Diego freeway.

The driver said he was driving on state Route 94 near the intersection with state Route 125 when a bullet shattered the driver-side passenger window on his black sedan. The driver was not injured, and he pulled off the freeway onto College Avenue and reported the shooting.

Video of the car showed that in addition to the shattered window, two bullets hit the passenger door just below the window.

The California Highway Patrol shut down Route 94 near Lemon Grove during their investigation. It was reopened to traffic before the Monday morning commute.

No description of the suspect vehicle was released.