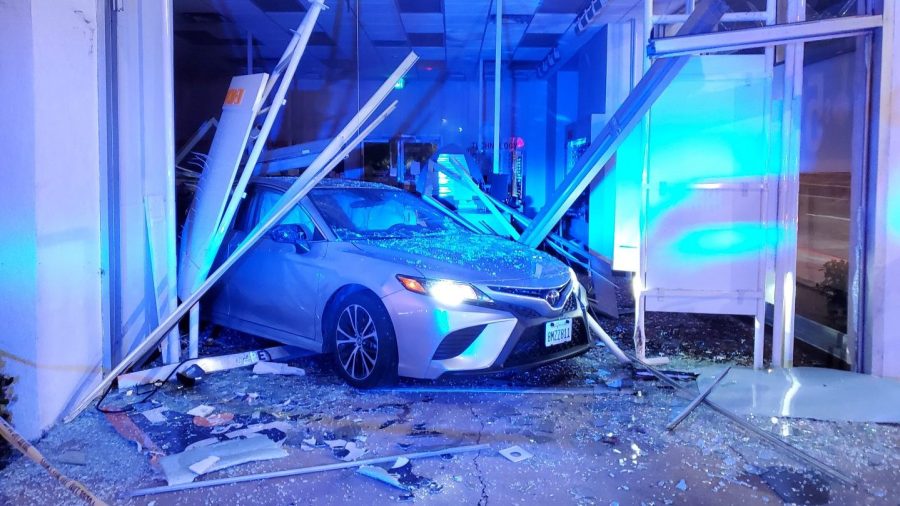 Shortly before 4:45 a.m., the driver of a silver Toyota sedan lost control and slammed into Stanton Optical on Highland Avenue near East Plaza Boulevard. The driver was not injured.

A structural engineer was called to the scene.