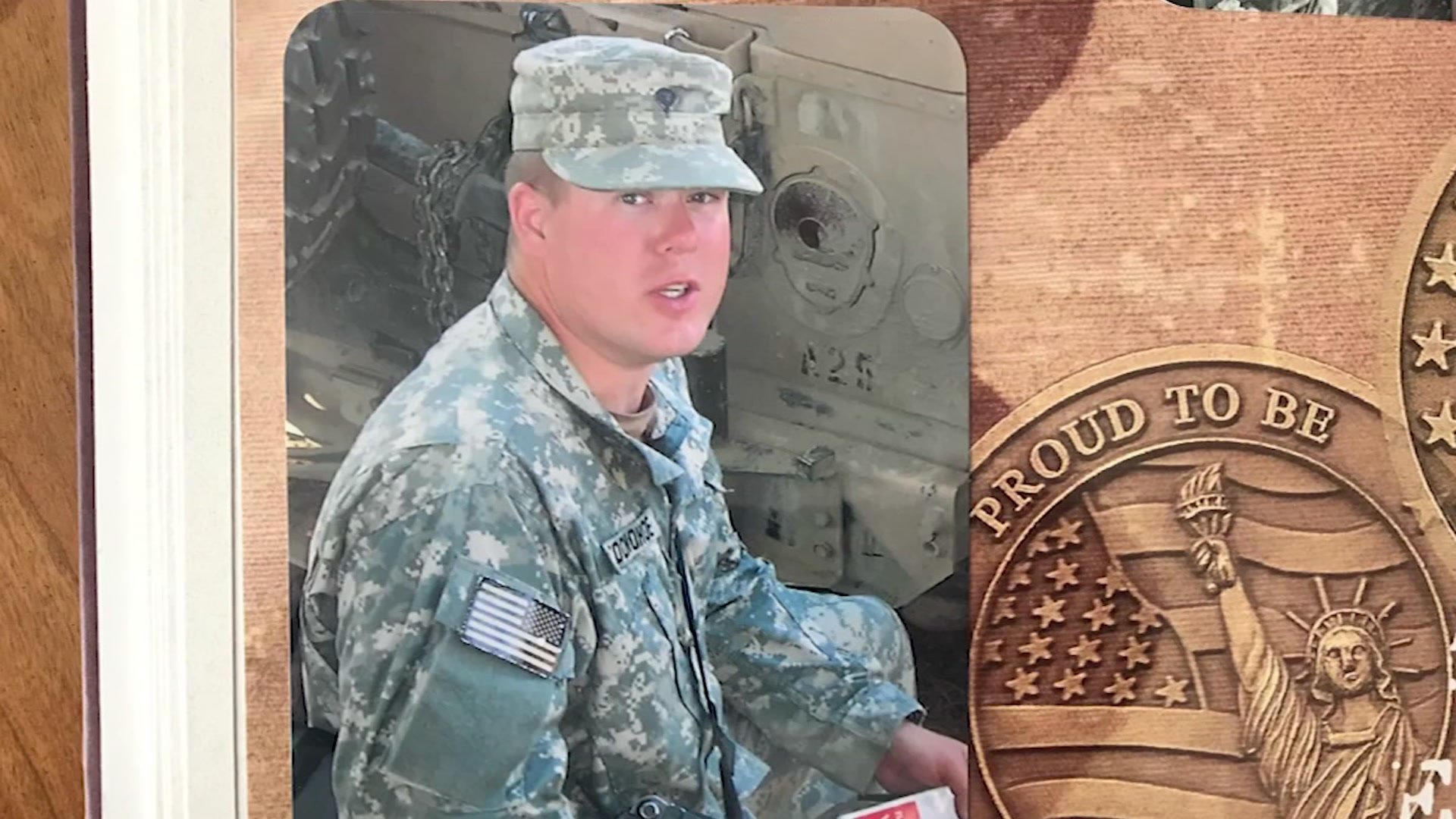 The cost of the war in Afghanistan is estimated in the trillions of dollars, but the O’Donohoes paid a much steeper price.

Their son, U.S. Army Specialist Justin O’Donohoe, is among the more than 2,300 Americans killed in the 20-year war.

“Every day there is an acute awareness of a gap in our universe and it’s always going to be there,” said Justin’s father Pat, who retired from the Navy.

Pat O’Donohoe played a voicemail his 24-year-old son left before he headed out on a mission into the mountains of Afghanistan.

He says he’s “Doing OK. Don’t know when I’ll get a chance to call again,” and finished with an “I love you.”

That call was in late April of 2006. On May 5th, Justin O’Donohoe and nine other soldiers died in a fiery helicopter crash.

O’Donohoe and his team had set out on a mission under Operation Mountain Lion with the goal of taking back land captured by the Taliban.

“Why we went was a reasonable and worthwhile thing to do at the time,” Pat O’Donohoe said.

But as time marched on, the O’Donohoes’ perspective changed.

“I don’t agree with what’s being done anymore,” mother Pam O’Donohoe said. “I think lives are being wasted now and the meaning of why we went is lost. We went for a good reason. To help them to build a foundation.”

But that foundation quickly crumbled over the weekend as the U.S. pulled out of Afghanistan.

Entire cities Justin O’Donohoe and other U.S. military service members helped defend have been taken back by the Taliban.

Closing the chapter on the 20-year war.

“The closure of the end of it in this embarrassing fashion is a separate category that has no reflection on the performance of men and women who gave their lives or parts of their bodies to that battle,” said Pat O’Donohoe.

A sacrifice the Gold Star family knows all too well and are reminded of daily through Justin’s military mementos and his pickup truck that’s still in front of their house.

They drove it home from Fort Drum, New York when Justin deployed.