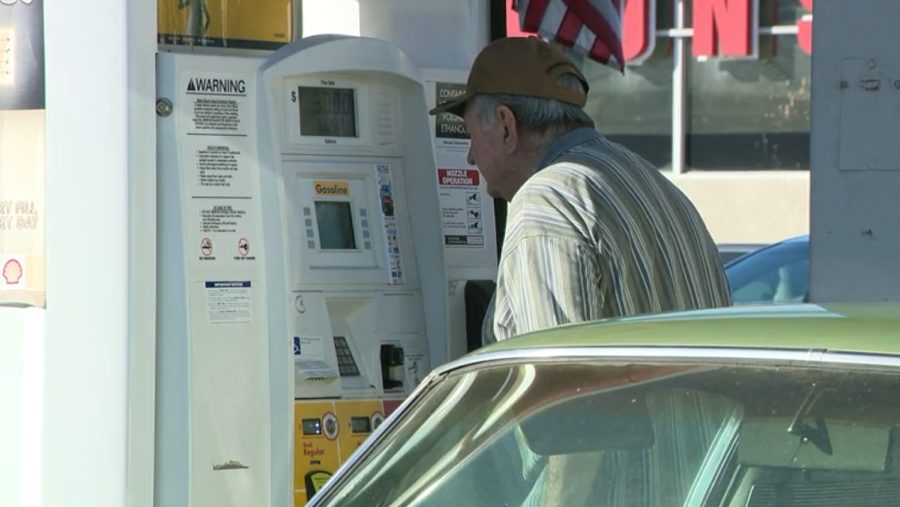 SAN DIEGO — Drivers are paying more for gas this Labor Day weekend than in years past.

AAA reports this holiday weekend, the average price per gallon hit a record high in California at $4.39 per gallon — that’s up from $3.23 a year ago.

In Coronado, gas at the Shell station on Orange Avenue is at a whopping $5.39 a gallon.

“Price increases all this year mean that Labor Day travelers will be paying the highest prices ever for this holiday,” said Jeffrey Spring, the Automobile Club of Southern California’s corporate communications manager.

The current national average is at $3.184, according to AAA.

“The average in San Diego is now $4.35 for a gallon of regular unleaded,” said Doug Shupe, with AAA. “To put that into perspective that means that people who drive the mid-size sedan with a typical 14-gallon size full tank, you’re paying about $16 dollars more to fill up tank.”

3.3 million Southern Californians are expected to hit the roads during the Fourth of July weekend, AAA says, and they expect a similar number of drivers on the roads this Labor Day weekend.

Meanwhile, prices have edged up nationally by an average of roughly five cents over the past week.