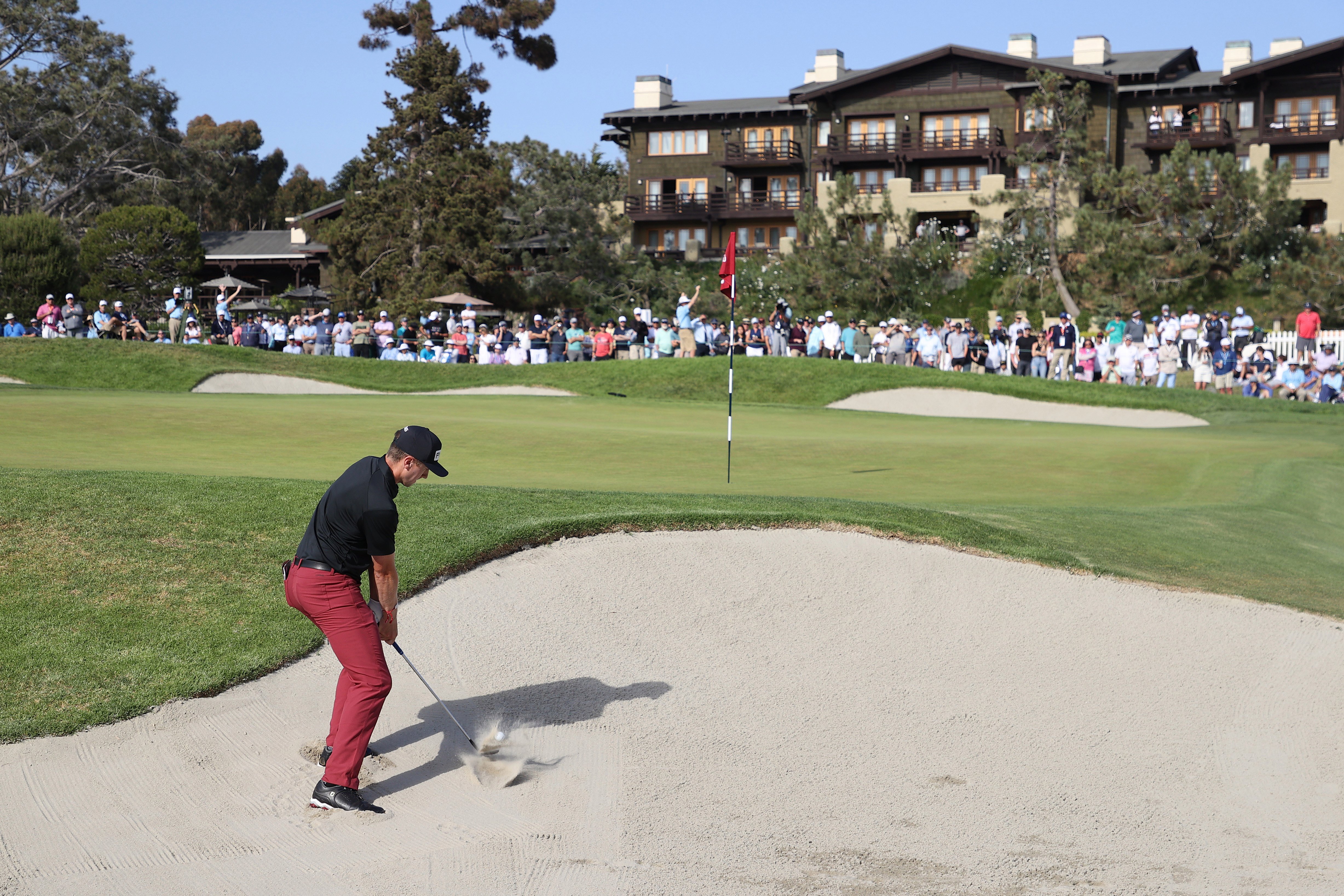 The championship final of the 2021 U.S. Open at Torrey Pines kicks off on Sunday.

Mackenzie Hughes and Louis Oosthuizen brought the memories of Tiger Woods at Torrey Pines back to life Saturday.

Each made length-of-the-green eagle putts at Nos. 13 and 18. That’s what Woods did in the third round in 2008 on his way to the title.

Hughes and Oosthuizen wound up tied for the lead along with Russell Henley. This U.S. Open is suddenly filled with possibilities.

Rory McIlroy and Bryson DeChambeau were two shots behind. Eight players were separated by three shots. On that list is Jon Rahm and Matthew Wolff.

A plaque was placed near the 18th green of the U.S. Open commemorating a famous putt﻿ by Tiger Woods at the 2008 U.S. Open.

Attendance capacity for the tournament is expected to be around 10,000 to 15,000 fans per day, according to the USGA.

Photos: US Open at Torrey Pines