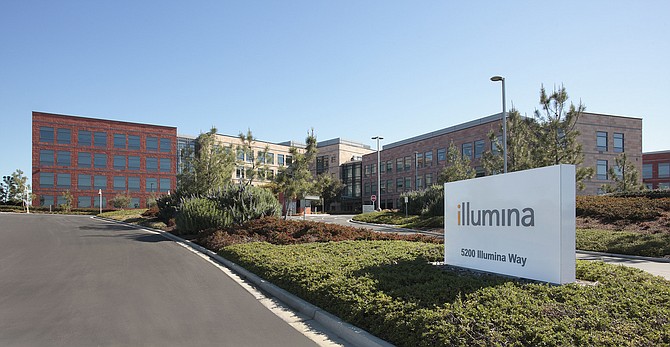 , the Galleri test costs $950 because it is not covered by insurance and that this deal is “the fastest way to make the test broadly available and affordable.”

“Just as we are now able to screen for early-stage diabetes and high cholesterol, we will soon be able to conduct multi-cancer early detection with a simple blood test in your doctor’s office,” said Francis deSouza, chief executive officer of Illumina.  “Since early detection of cancer saves lives, this new genomic test will be nothing short of transformational for human health and the economics of healthcare.”

Founded in 1998, Illumina is the global leader in DNA sequencing. GRAIL, a company headquartered in Menlo Park, was originally founded by Illumina in 2016 and then spun out from the San Diego biotech back in March 2017.

“The merger with Illumina will get the Galleri test to people far faster. We aim to accelerate this process so the test will be available in doctors’ offices everywhere, fully reimbursed,” said Hans Bishop, CEO of GRAIL. “A one-year acceleration of access to the Galleri test for the U.S. population has the potential to save 10,000 lives over a 9-year period.”

The Aug. 18 announcement came in after the stock market closed for the day.