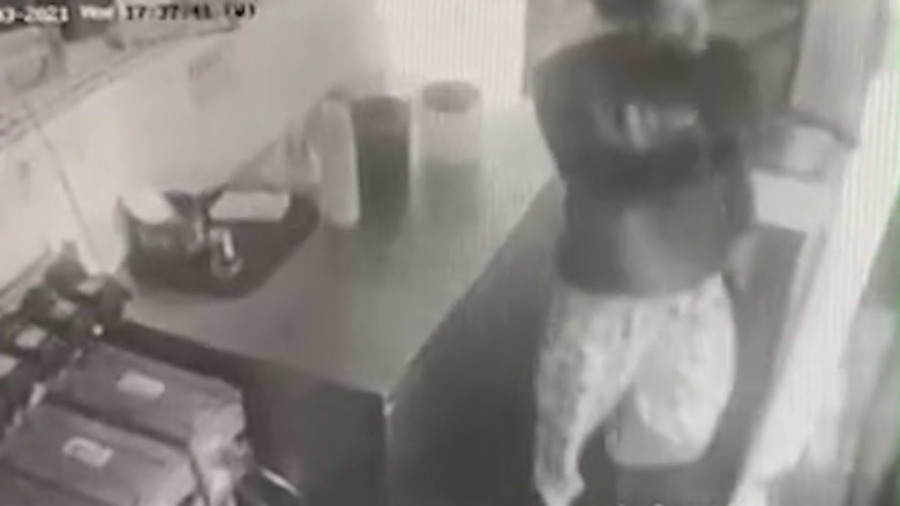 PASADENA, Calif. (KTLA) – Police are searching for a gunman who stole chicken and waffles from a Roscoe’s location in Pasadena after employees say he was turned away from the restaurant for refusing to wear a mask.

Officers responded to the armed robbery at the Roscoe’s House of Chicken and Waffles at about 5:40 p.m., Pasadena police Lt. Marcia Taglioretti said.

Robert Gonzalez, who works at the restaurant as a cook, says the man was told to leave after he refused to put on a mask. But he soon returned with a gun and “was not after money.”

Gonzalez first saw the man from behind, arguing with two of his coworkers. Gonzalez approached them to see what the issue was and realized the man was armed, he said.

“The guy just said, ‘Put all the chicken in the bag,’” Gonzalez told KTLA. “I understand we got some good chicken, but man.”

Gonzalez said the gunman then chased him around the kitchen a bit, but got distracted and Gonzalez fled.


Man shot after refusing to give in to robbers

The man eventually made off with a couple of orders that were waiting to be picked up, Gonzalez said.

The cook said he saw the gunman flee in an awaiting vehicle driven by a woman as he got into his own car.

Taglioretti said no injuries were reported, and confirmed that only food was taken.

Authorities have not released a description of the man being sought, but Gonzalez said he appeared to be Black and in his mid-30s or early 40s.