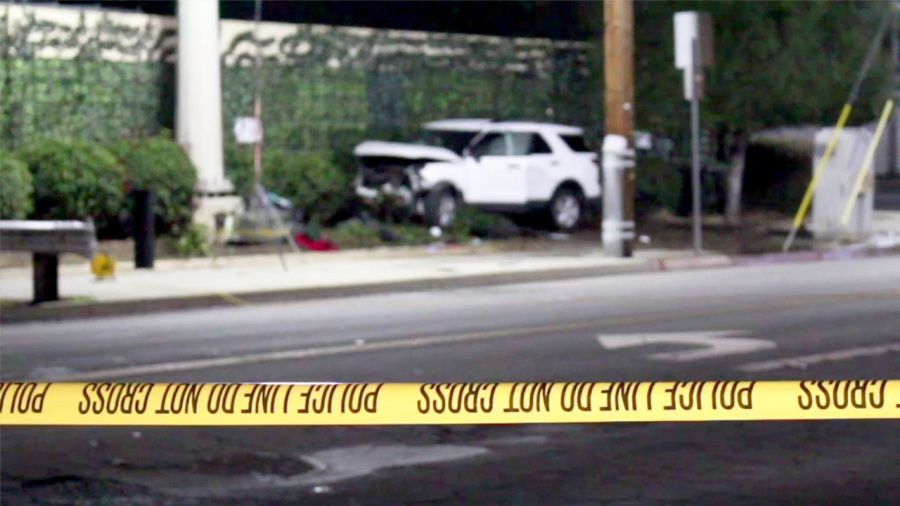 ESCONDIDO — Police have identified two men who were killed when a 13-year-old girl took her mom’s car and crashed in Escondido, according to authorities.

The Escondido Police Department said they were unable to locate any next of kin for the victims, 33-year-old Mateo Salvador and 51-year-old Sofio Sotelo Torres.

Police started investigating around 11:15 p.m. Friday, when an officer tried to stop a Ford Explorer near Mission Avenue and Gamble Street for a traffic violation. Police didn’t know at the time that a 13-year-old took the SUV from Vista without her mother’s permission.

Authorities said a second minor was in the car when an officer approached the SUV on foot during the top. That’s when police say the teen driver took off and apparently lost control of the SUV while making a left turn from Mission Ave to Ash Street.

Video from a neighbor’s doorbell camera captured the single-car crash. Officers say the Explorer slid into the bushes, killing the two men who were sleeping next to a wall. Police believe Salvador and Torres were living on the streets of Escondido before their deaths.

The police department said investigators are working with the Juvenile Branch of the District Attorney’s office on potential criminal charges.

“These types of cases are extremely complex and it can take some time to analyze evidence in order to support the filing of criminal charges. The DA’s office is responsible for filing all criminal complaints and they will work hand in hand with the Escondido Police traffic investigators,” a news release from the department said.