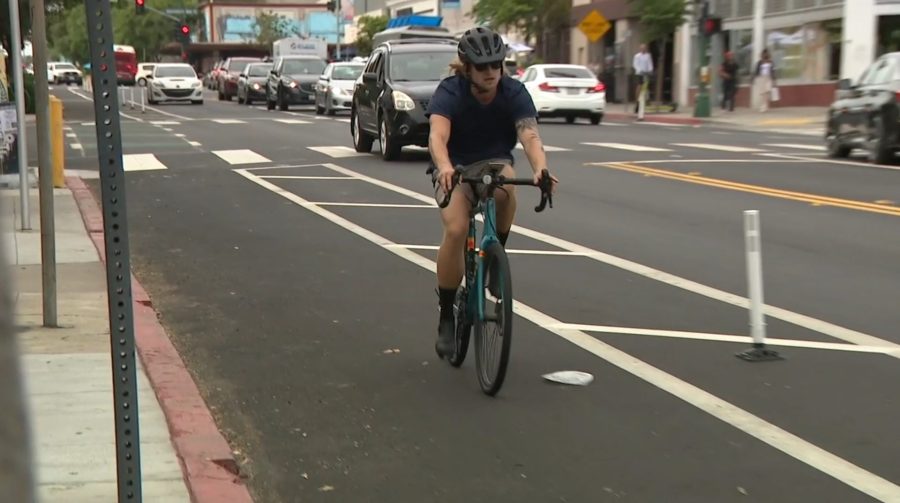 SAN DIEGO – The new 30th Street bike lanes in North Park now are complete after nearly a year delay brought on by the pandemic.

The lanes were installed on both sides of the street and include a plastic post serving as a physical barrier between riders and vehicles. It is a welcome sign for many, particularly as 12 riders have lost their lives this year in the region from crashes with vehicles while riding on streets, according to BIKESD.


$37,000 raised for firefighter’s family ahead of memorial service

“Traffic stays away from the lanes, so you can just go straight down,” said Bri Saldana, who was riding through 30th Street for the first time Friday.

North Park resident Alex Limon only uses his electric bike for transportation. He says he would rather have the bike installed elsewhere.

“I think that it is a good step but I don’t think it is necessarily serving the area that actually needs it,” Limon said, adding, “I think University (Avenue) is much more congested (with) much more traffic.”

“San Diego is a driving city,” Limon said. “I think any kind of business is going to have some resistance to that development as it reduces parking.”

Bike advocates with BIKESD pushed for 30th Street to be created, for riders to be able to feel more safe in North Park.