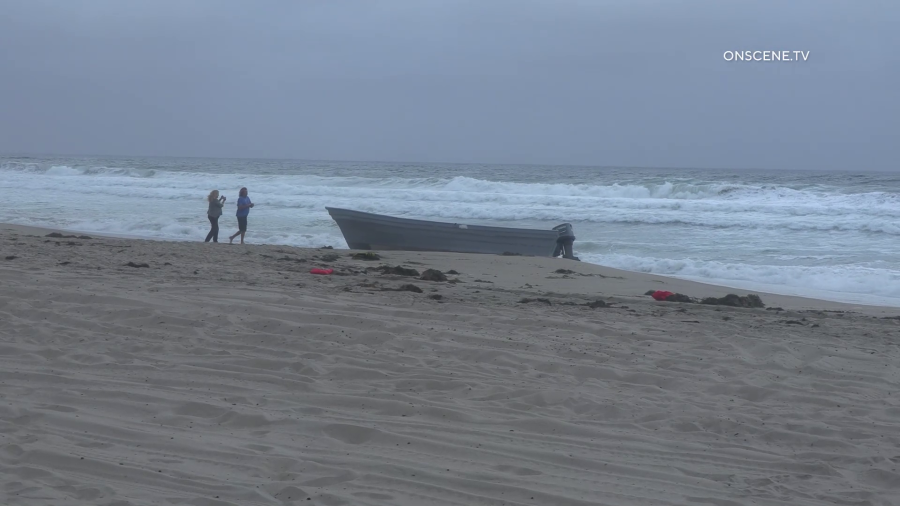 SAN DIEGO — A panga was discovered on Mission Beach Friday morning, a day after another panga spotted off the coast of La Jolla spurred a multi-agency rescue.

SkyFOX flew above the panga on the shoreline near El Carmel Place. A beachgoer reportedly found the boat and up to a dozen life jackets inside.

The Coast Guard and Customs and Border Protection were in the area.

One person died Thursday morning and 10 others were pulled from rough surf during a rescue operation involving another suspected smuggling boat in La Jolla. A Border Patrol agent was tracking the panga from shore when they saw multiple people in distress in the water off Marine Street.

Lifeguards dispatched a boat and rescued 10 people, some wearing life jackets, from the ocean. The panga kept going north and came to shore in an area called Wipeout Beach, where first responders found someone submerged in the water.

One person was pronounced dead and 15 people were in Border Patrol custody.


Are you eligible? Over $100M up for grabs for San Diego renters, landlords

Early Monday, the captain of a panga refused to stop off the coast of Point Loma, leading to a multi-agency response. Twenty-three people were taken into custody.

Earlier this month, three people were killed and more than two dozen others were rescued after a boat overturned and broke apart off the coast of Point Loma in a suspected smuggling operation.