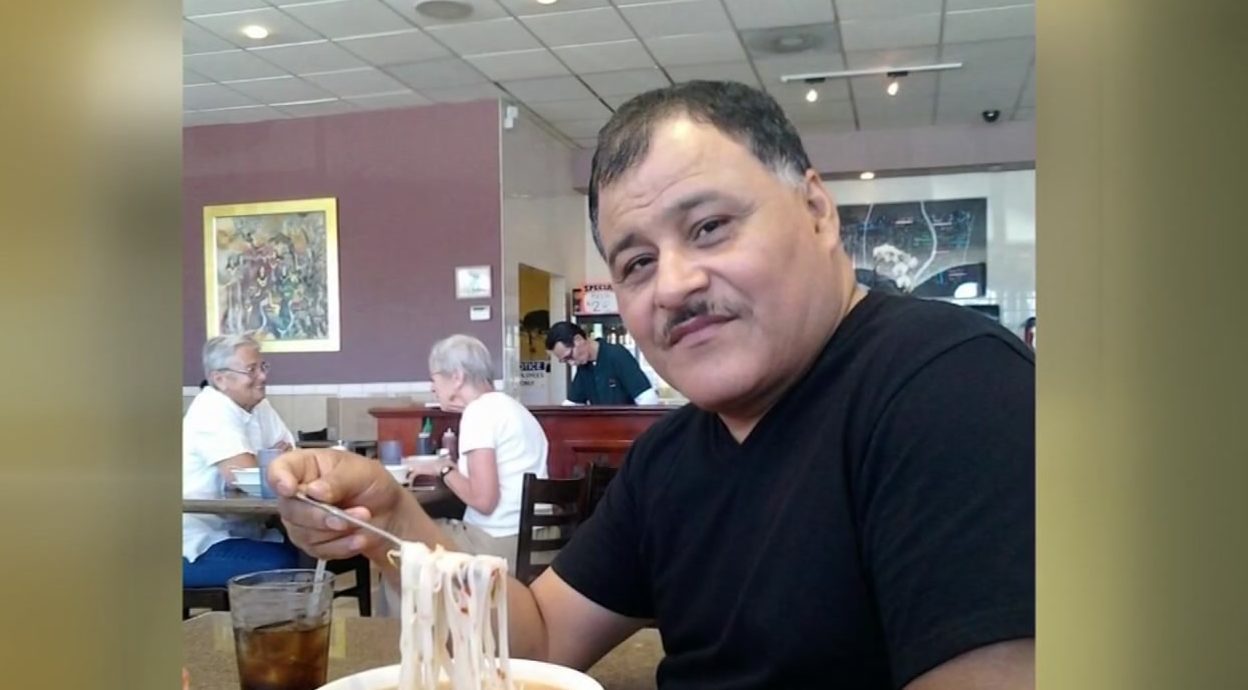 A Poway family defeated the battle against the coronavirus by having their father and grandfather back home after being in a coma with no hope of survival.

With open arms, his children and grandchildren welcomed Gabriel Albinez, upon leaving the hospital.

“I am a privileged person from God’s COVID because I came out of this disease,” said Albinez, who won the fight against COVID-19.

“As far as I remember I came from work and with a very strong cough afterwards I felt like I was choking my breath left, I told my daughter to call an ambulance,” added Albinez.

His oxygen level was very low and that same night he called his daughter to tell her that they would have to intubate him.

“It was very stressful, my hair was falling out from so much stress,” said Albinez.

His daughter, Ana Aguayo, was in charge of maintaining communication with the doctors.

“I felt like I was dead while alive, so many worries every day,” Albinez’s daughter said.

Within days of being hospitalized, his diagnosis was not favorable and he had little hope of returning home.

“Those who came there with me, no one left, I was one of those who survived,” he said.

Two weeks passed and he was still connected to a ventilator and on the third they performed a tracheostomy to strengthen his breathing.

“They made a hole in here and a hole in my mouth for oxygen,” Albinez said.

That was when the doctors started to see improvement, and finally on January 29 he was released from intensive care.

“You wake up, but you don’t wake up well, you wake up with nightmares,” Albinez said.

And after 39 days of being in a hospital bed, he returned home yesterday to be with his wife and children.

“I am grateful to God for giving me another chance,” Albinez said.

“I can’t walk because my feet stayed like that, that’s what the disease left, my hands fall asleep. My hands are shaky my breathing goes away I have to use oxygen,” Albinez mentioned.

Definitely a miracle of life, and his daughter said that she knows it will be a long road for her father’s recovery, but that together as a family they will achieve it.