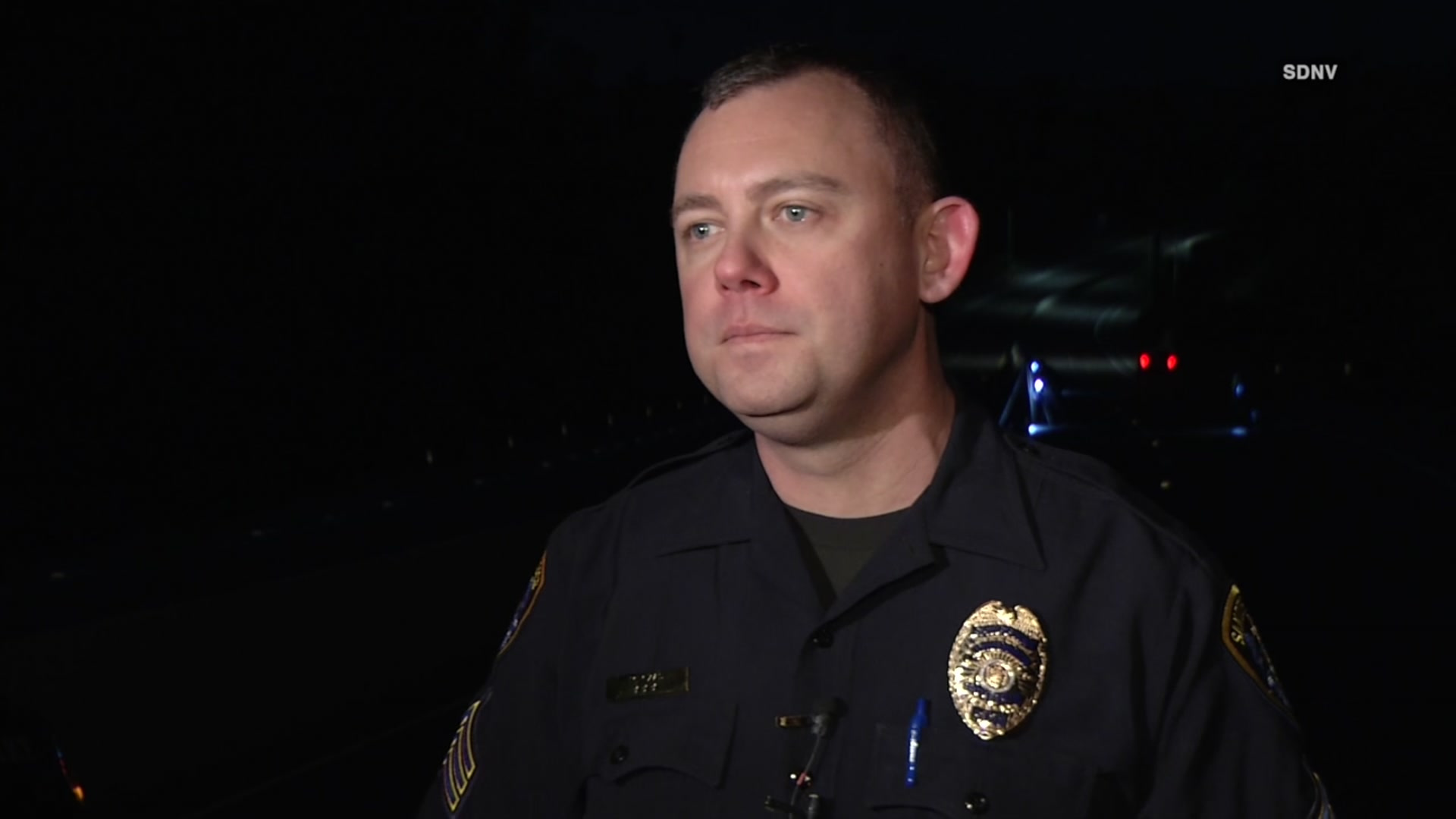 On May 7, 2020, a San Diego woman said she looked in her rear view mirror and saw a police car trying to pull her over.

The stop had nothing to do with the woman’s driving or any infractions. Sgt. Czas was trying to figure out why she had ended their relationship, according to a petition for a restraining order the woman filed two months later in San Diego Superior Court. NBC 7 Investigates obtained a copy of the restraining order rquest.

A year-and-a-half after the traffic stop, SDPD announced Czas was under arrest after a seven-month investigation into allegations of harassment and stalking behavior.

Czas — an 18-year veteran of the force — faces felony charges of stalking, extortion, and false imprisonment, along with misdemeanor counts of making harassing calls and violation of a restraining order, according to police.

Officials said their investigation began on June 29, 2020. The court filing states on that day, Czas’s ex-girlfriend called the Carlsbad Police Department to report a hacking and extortion incident.

In her description of abuse for a temporary restraining order, the woman said she got a message from an unknown number that “included a screenshot of her partial contact list and a topless photo of her that she had stored on her phone.” The anonymous sender threatened to publicize the photo on July 1, 2020.

The woman believed that Czas was “behind the hacking” of her phone and the unknown number’s true identity.

While little details have been released about the San Diego Police investigation, court documents offer a glimpse into Czas’ relationship with a woman around this same timeframe.

According to the woman’s request for a restraining order, filed on July 2, 2020, she and Czas (who was still married at the time) started dating in 2017 and was “on-again, off-again” until December 2019, when she started dating someone new.

But in April 2020, the woman said her new boyfriend started receiving text messages claiming she was cheating on him with Czas. While the woman said the messages’ claims were untrue, the boyfriend broke up with her, and she eventually returned to Czas.

Their second try at a relationship didn’t last long.

On May 7, 2020, the woman said she ended their relationship and returned to Czas’ apartment to retrieve some belongings. After she left his apartment, Czas pulled her over in his police car “to ask why she was leaving him,” according to the court filing. The woman said her mother witnessed the entire encounter.

The woman said what followed that day was a series of harassments and threats, including Czas using his San Diego Police badge to try and wield control over her.

The restraining order states that on May 29, 2020, “Czas showed up outside of a residence where [his ex-girlfriend] had reported to work as an in-home therapist for autistic children. Sgt. Czas confronted her about their relationship.”

The woman told the courts that she was not sure how Czas knew where she worked, as it had never been discussed before, and feared “Czas was following her or tracking her.”

Then, in late-June 2020, the woman said she began receiving text messages threatening to publish nude photos of her on pornographic websites if she didn’t pay.

The most recent of which, according to the petition, was June 29.

Investigators also stated an audit had found Czas had used his access to police databases to search his ex-girlfriend’s new boyfriend’s personal information, including his home address.

The woman told police Czas may have gained access to her phone after she had given him her username and password to some accounts.

On July 2, the woman sought court protection against Czas.

“She is in fear of Sgt. Czas due to his position in the police department,” the petition for a restraining order reads. “She is also concerned for her safety…”

Records show the court dismissed the restraining order request after the woman did not appear before a judge for a hearing where the matter was set to be discussed.

The court filing states the woman was “so fearful of Sgt. Czas” that she moved out of town shortly after filing the request for a restraining order.

San Diego Police said on Wednesday their investigation into Czas began on June 29, 2020, after a woman reported she was being “harassed by her ex-boyfriend.” The San Diego Police investigation’s dates match the same dates as the woman who filed the restraining order request.

After interviewing the woman, an SDPD spokesperson said Czas was “relieved of his police duties and placed in an assignment that requires no contact with the public.”

Wednesday morning, police said they arrested Czas and he was booked in jail.

“SDPD has zero-tolerance for domestic abuse in any form,” SDPD said in a news release on the arrest. “All of our personnel will continue to be held to a high standard that our community deserves.”

Court records show Czas and his ex-wife filed for divorce in 2019. Paperwork shows they legally separated on Sept. 1, 2019, after more than 22 years of marriage. The divorce was finalized in Dec. 2019.

Czas posted bail Wednesday and was released from custody.

Attempts to reach Czas for comment on this story were unsuccessful.