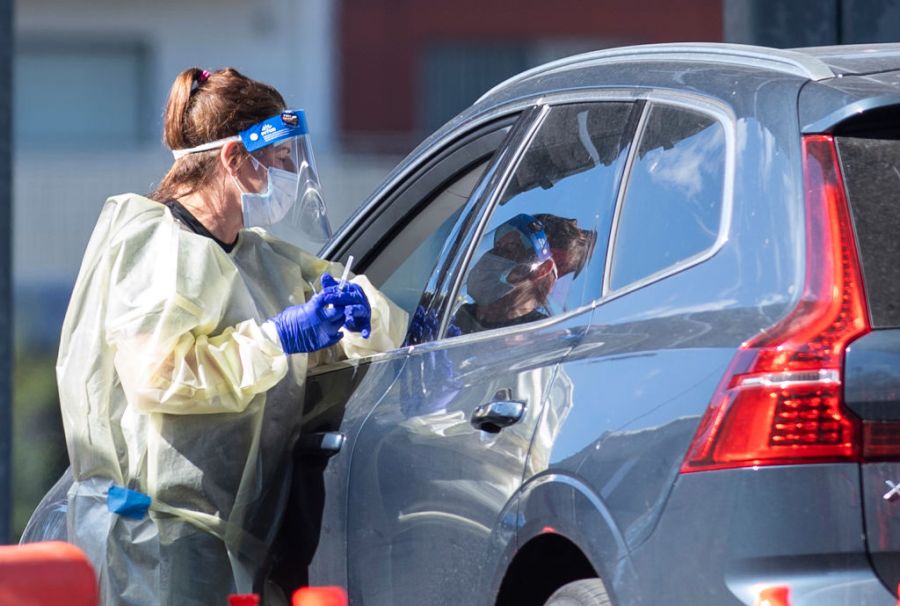 The county’s cumulative caseload rose to 240,050 and the death toll to 2,629 amid signs that the post-holiday case surge is waning.

County health officials said 1,297 people were being treated for the virus in area hospitals as of Tuesday — with 384 of those in intensive care units, down eight from Monday.

The record for ICU hospitalizations of coronavirus patients — 438 — was set on Jan. 20, and has also declined slowly since with the exception of a 12-patient bump on Monday.

The county’s adjusted case rate as of Tuesday is 42.5 new cases per 100,000 population in the past seven days. That’s a drop of 7.1 per 100,000 over the past week. To be dropped into the more permissive red tier of the state’s four-level reopening plan, cases have to be fewer than seven per 100,000.

Four new community outbreaks were reported Tuesday. There have been 57 outbreaks reported in the past week tied to 336 infections.

The county has received more than 525,600 vaccines, and more than 343,400 have been administered. Supervisor Nathan Fletcher said there is a normal lag in reporting the numbers, but 2% of the county’s population over the age of 16 has been fully vaccinated as of Tuesday, and demand remains high.

A new vaccination super site opened in East County Tuesday while plans were revealed for another super station on UCSD’s campus.