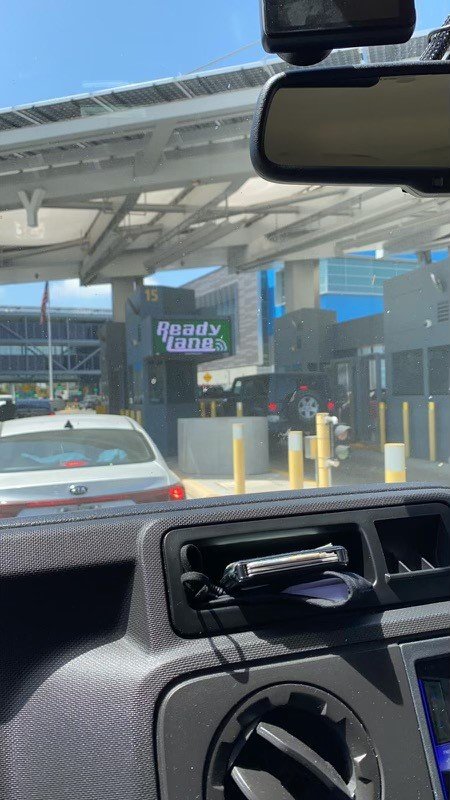 A San Diego grandfather is worried he may soon be deported for driving into the United States from Tijuana, Mexico, with two undocumented people who he said snuck into his van.

And according to some accounts, he’s not the only one.

“I fear for my life. I don’t know what else they could do to me,” said the San Diego man who asked not to be identified by name. He says what happened to him Friday at the San Ysidro Border Crossing is a cautionary tale.

“It was a scam,” he exclaimed.

Hoping to earn some extra money after losing his job as a driver during the pandemic, the father of four hopped into his van and headed to Tijuana after responding to an online post seeking a clothing delivery from an American store.

It’s a not-so-uncommon request these days, some say, since the pandemic has limited border crossings and access to goods.

“They sent me a list of what they wanted, so that’s why I tell you everything was legit, and sometimes trying to do good things for people, it brings misery,” the man said.

Misery kicked into high gear for the San Diego man in his 50s, who documents his moves to let his family know he’s safe. Soon after taking a picture at the border crossing, U.S. Customs and Border Protection officers detained him for hours.

Officers accused him of trying to smuggle two people into the U.S. Two people he said he had no idea were even in his van when CBP checked it.

“He went to the back, opened the door, he came back to me and he called a code and he said, shut off your car. And he proceeded to grab me from my arm and said ‘I’m going to cuff you.’ I said ‘What’s happening?’ When I turned around I see like 10 agents running towards my car and obviously, I started — I was worried about myself and started asking what’s happening? What’s in my van? And they asked me not to turn my back to it. They said don’t look back.”

His van and permanent residency card were seized after he was detained and now he’s awaiting a deportation hearing.

“It’s just not fair that someone can change your life,” he said with his daughter sitting next to him.

Social media posts are popping up warning people of similar scams. CBP would not comment on this case or any possible trends.

“I’m honestly upset because I know my dad is innocent and I feel like they’re taking advantage of people who live a good safe life as an American. And then being targeted like that, it just doesn’t sit right with me,” his daughter said.

CBP didn’t address specific questions about how often this may be happening, but did issue a statement outlining the responsibilities of drivers crossing into the U.S.

“CBP is unable to comment on this specific case. CBP would like to remind travelers that they are responsible for anything they are crossing the border with, including all items or persons in their vehicle. Just as you are reminded to keep your bags with you at an airport so that you can vouch for the contents, CBP would recommend you exercise caution before considering taking persons, packages, or other items that are not yours across the border with you; as the driver, you are taking responsibility for those items. If you are interacting with a CBP officer, and you think there is something amiss with your vehicle, you should tell the officer immediately about your suspicions, and ask for their assistance.”