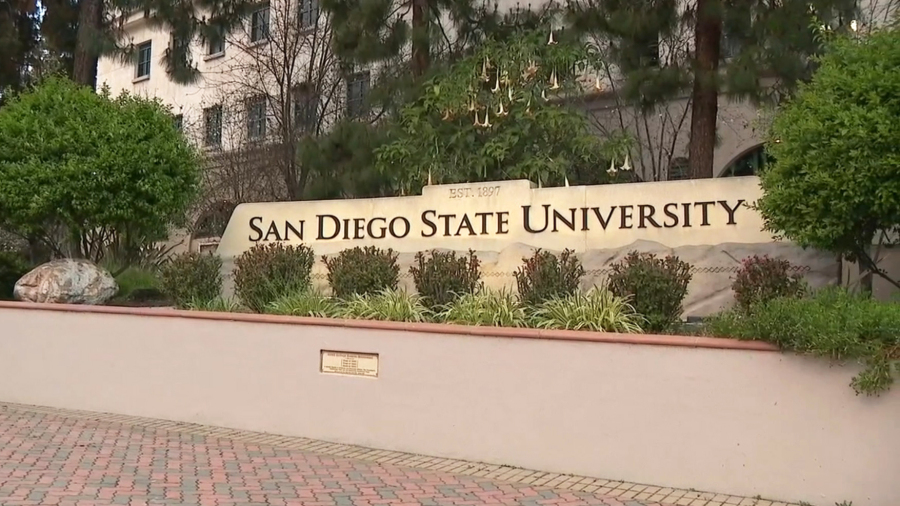 SAN DIEGO — San Diego State University leaders are investigating after being notified of a student’s anti-Semitic social media post which they say disparaged the Jewish community.

University officials are working with the San Diego State University police “to quickly assess the situation,” according to a letter sent out to the community Wednesday.

“SDSU strongly condemns language or acts of marginalization, antisemitism, racism and hatred,” the letter reads. “Secondly, the university is taking action in response to this and other recent, though unrelated, incidents of concern in which members of our Jewish community were targeted.”

Although many students who spoke to FOX 5 hadn’t seen the post themselves, word of the hurtful language was spreading quickly on campus.

“Aside from actually seeing it, one of the biggest hurtful things is just knowing an evil exists somewhere in the world,” Nathan Schweldock said.

Some students like Thorpe also point out it isn’t the first time something like this has happened in recent months. In March, swastikas were found drawn on the side of a campus building.

“Rabbi of the local Chabad house, his personal house was broken into and people stole his stuff,” Thorpe said. “The suspects were SDSU students.”

Hillel of San Diego runs a program on the SDSU campus and is included in the university’s partnership with the Anti-Defamation League. Hillel also is involved SDSU’s newly formed Anti-Semitism Task Force, which launched last month.

“Anytime you see something like this, as a Jewish leader, I go on alert,” Hillel of San Diego Executive Director Karen Parry said. “None of this is acceptable. One time is too many times.”

The school is looking into making possible policy changes to counter anti-Semitism on campus.

“Anti-Semitism is not going away,” Parry said. “It changes, especially in the pandemic. A lot of it has been seen online and it’s become more vitriolic because of that so we have to remain vigilant.”