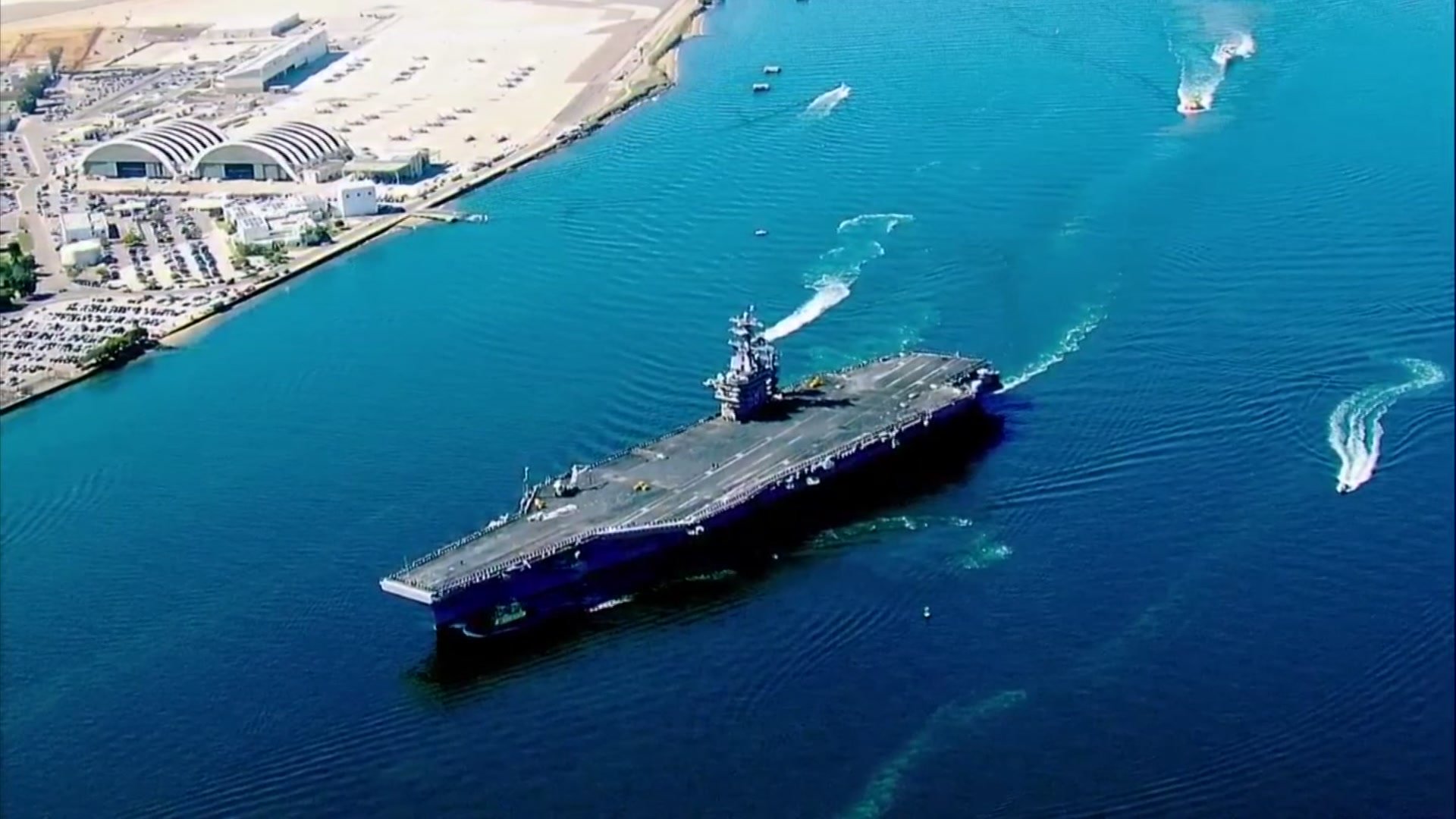 Secretary of Defense Lloyd J. Austin III flew out to the aircraft carrier USS Nimitz off the coast of San Diego Friday to thank the crew for a lengthy deployment.

The Nimitz Carrier Strike Group is returning after operations in U.S. Indo-Pacific Command and U.S. Central Command areas of responsibility. It was the first carrier strike group to deploy under COVID-19 protocols. By the time the carrier strike group reaches home, the sailors and Marines aboard will have been gone for 321 days.

The Nimitz, the cruiser USS Princeton and the destroyers USS Sterett and USS Ralph Johnson made up the group.

Austin took to Twitter to echo his praise of the strike group’s crew.

“I just couldn’t be more proud of the women and men of USS Nimitz for their hard work and dedication over the last ten months,” he wrote. “What they have endured and accomplished is an example of the best the U.S. military has to offer. From all of us: Welcome Home.”

The Nimitz Carrier Strike Group operated in the Persian Gulf in support of Central Command during a tense time with Iran. It also participated in maritime exercise Malabar 2020 alongside Indian, Australian and Japanese ships. The carrier strike group participated in dual-carrier operations with the USS Theodore Roosevelt and USS Ronald Reagan carrier strike groups as well as operating in the South China Sea.

The strike group had the longest deployment since the Vietnam War. It was lengthened by COVID-19 protocols that called for a quarantine before departing and the elimination of port calls during the deployment. The Navy aims for deployments to be roughly six months. The Nimitz group have been away from family and friends almost double that.

The Nimitz was on its way home from the Persian Gulf when events in the region necessitated its return.