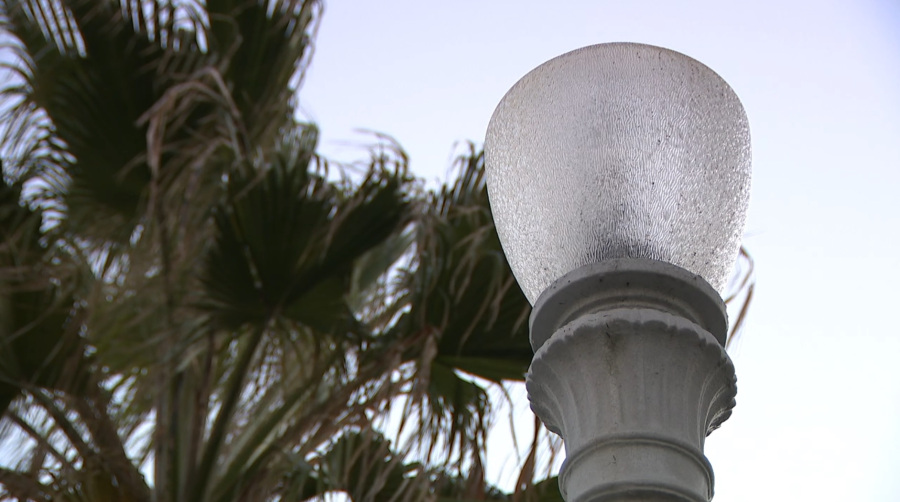 SAN DIEGO – Local residents are raising concerns about a busy road in Ocean Beach they say has been without street lights for nearly three months.


Who can get vaccinated beginning Saturday in San Diego

Conwell has lived in Ocean Beach for nearly two decades and says in that time the old-school style street lights have gone out several times. Repairs don’t always come quick though with the latest outage already lasting months, he said.

“They stayed out for about a year, year and a half maybe more in the past,” Conwell said. “I would think one, two lights would be OK, but all of them on a street nine, 10 blocks long — that seems like more of an emergency to me.”

The stretch of Abbott Street between Newport Avenue and West Point Loma Boulevard is a busy area for locals and visitors alike, and the lack of light at sundown brings up concerns for Conwell and his neighbors.

“More theft, just a more dangerous environment, especially now during COVID we have more people living in their cars,” he said.

The city of San Diego tells FOX 5 it is aware of the outage and not ignoring requests for repair. According to a city spokesperson, the stretch of lights are part of an ongoing capital improvement project to upgrade and install entirely new street lights.

The project began in June of 2020 and has a projected finish date of December 2021.

However, with no exact time frame for the Ocean Beach lights, locals feel there’s a need for at least a temporary solution.


Full Snow Moon is this weekend, and you can see 3 planets at sunrise

“I think that if they can’t get it fixed they should have a generator or something to make them work,” Conwell said.