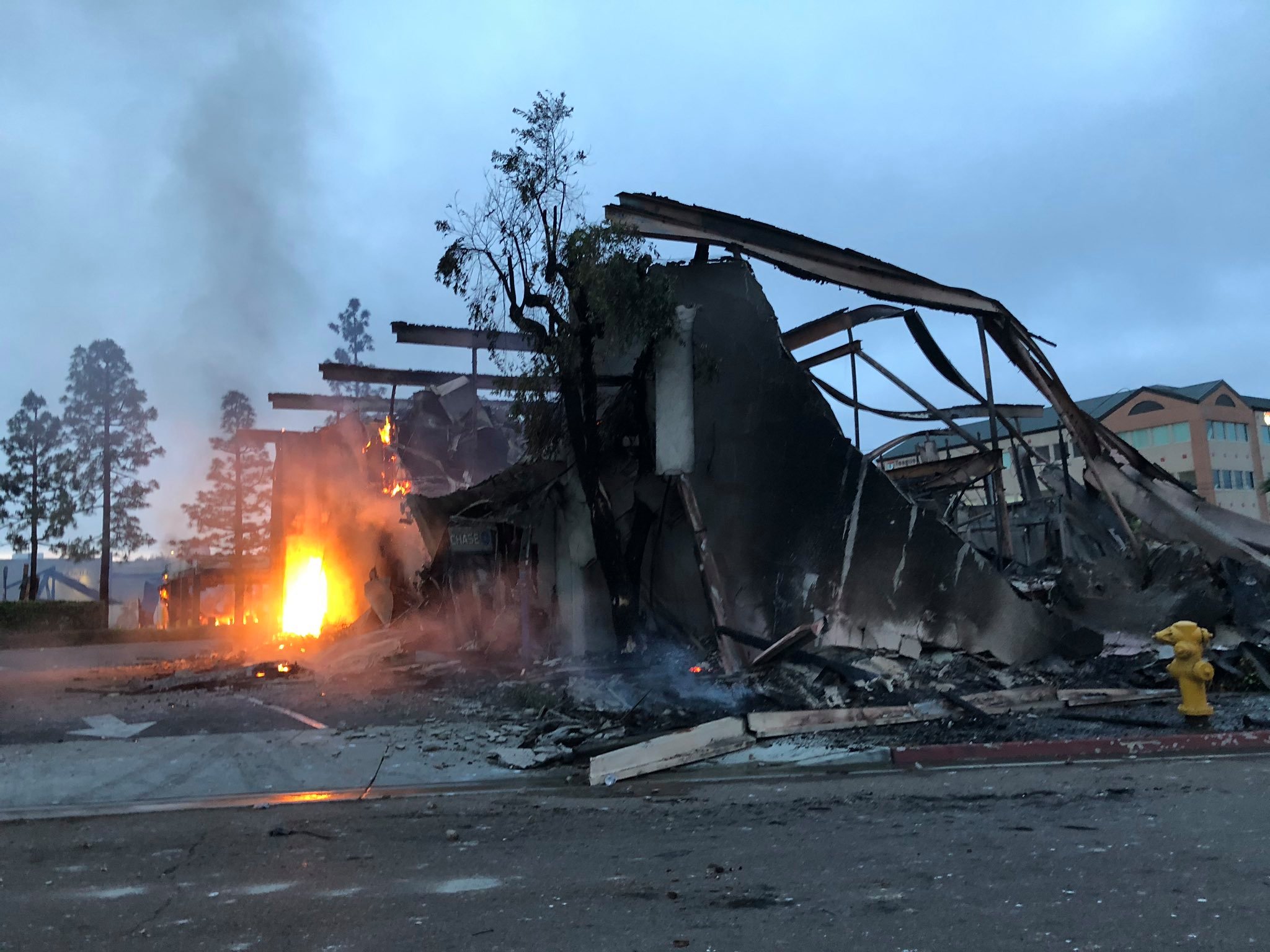 The trial for a man accused of having Molotov cocktails on him during last year’s riot in La Mesa is begun Monday morning with the selection process of a jury.

Zachary Karas faces up to a decade behind bars and a $25,000 fine if found guilty of possession of an unregistered destructive device. He was arrested May 20, 2020 when a peaceful protest against police brutality was followed by violence in La Mesa.

During the day, activists marched on streets and held signs for their cause but as night fell, unrest ensued and resulted in clashes involving protesters and police officers, burning buildings and looters targeting nearby businesses.

The defendant war arrested near the intersection of Allison Avenue and Spring Street, two blocks away from the La Mesa Police Department headquarters and La Mesa Springs Shopping Center, where arson, looting and vandalism occurred.

The U.S. Attorney’s Office said Karas had two glass bottles with gasoline wicks and fireworks on his person. He also failed to comply with orders to depart an unlawful assembly, the office added.

Karas’ trial was scheduled to begin at 9 a.m.