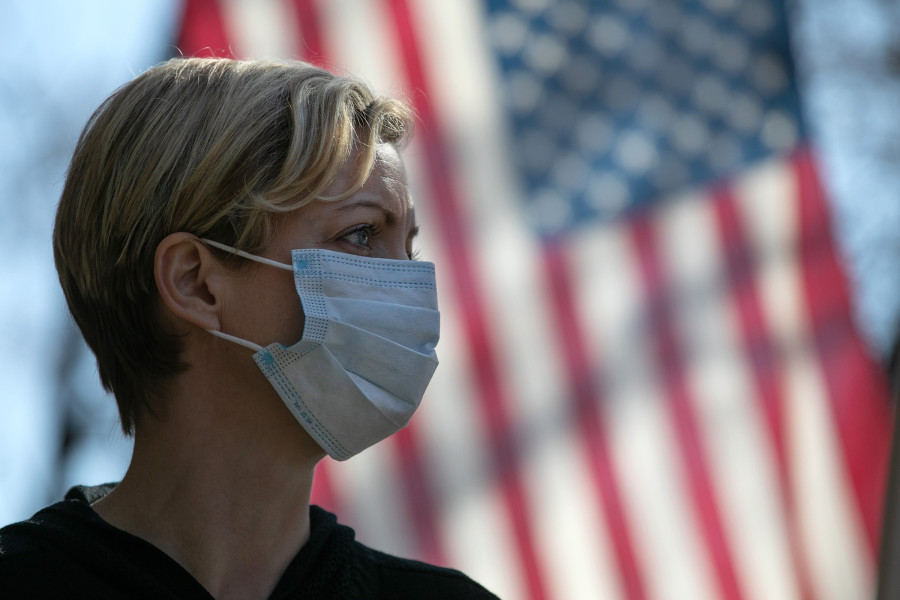 (NEXSTAR) — After averaging roughly 3,500 daily deaths from COVID-19 at the beginning of 2021, the United States is in a far better situation battling the virus amid a global pandemic that’s killed more than 2.3 million people worldwide.

Though the average death toll remains substantially higher than the country’s first case peak in April and May, we’ve seen statistics drastically drop over the last three weeks to an average of 2,500 daily deaths, according to a tally by the New York Times.

That number is expected to continue to fall as hospitalizations decline. In the last 14 days, people in hospitals battling COVID have fallen 27% while overall cases are down to just above 100,000 each day. The last time the U.S. averaged fewer than 100,000 daily cases was in early November.

Even with the improvements, lives are still being lost at a rate of about 21,000 per week.

All this comes as President Joe Biden’s team is styling itself on war footing as it attacks the coronavirus pandemic. Top aides say the administration is using every “tool the federal government has to battle on every front.” His team has been rolling out an almost dizzying array of new efforts and appeals — everything from building a surgical glove factory to asking Americans to wear masks while walking their dogs.

The overall goal, Biden aides say, is as simple as it is ambitious: After a year of being on defense they want to take the fight to the virus — to “overwhelm the problem,” a kind of mantra for the team.

The campaign is being waged in schools and sterile pharmaceutical plants, on the vast blacktop of stadium parking lots and along the sidewalks outside Americans’ homes. To defeat the virus, Biden’s team must oversee a herculean logistical effort to put shots into hundreds of millions of arms, but also overcome vaccine hesitance, politically charged science skepticism and fatigue across all corners of society after nearly a year of hardship.


Are the side effects of the COVID-19 vaccine a sign it’s working?

For Biden, beating back the pandemic is a defining challenge of his presidency, testing his central promise to the American people that he can better manage the outbreak than his predecessor.

“They’re taking exactly the right approach,” said Dr. Leana Wen, an emergency physician and public health professor at George Washington University who previously served as Baltimore’s health commissioner. “The federal government is taking responsibility, instead of leaving everything to state and local governments and blaming others when things go wrong.”

For all of the activity, though, Biden knows that there are more grim statistics to come before Americans can return to any semblance of the “before days.”

More Americans have died from COVID-19 in the last year than died during combat in World War II, and some projections show the death toll could top that of the Civil War by the beginning of summer.

Since he took office three weeks ago, Biden’s team has attacked the problem on multiple fronts. They have unleashed billions of federal dollars to boost vaccinations and testing and developed a model to deploy more than 10,000 active-duty troops to join even more members of the National Guard to put shots into arms. Mass vaccination sites, supported by federal troops, are set to open in California, Texas and New York in coming weeks.

As concerns grow about potentially dangerous mutations in the virus, Biden aides view the vaccines less as a silver bullet and more as part of a complementary series of moves that taken together offer the prospect of real progress.

And for the U.S. to fully contain the problem, Dr. Anthony Fauci, the nation’s top infectious disease expert, has warned that the pace of vaccinations must increase globally to curtail the mutants.

“We’re not going to sugarcoat in any way how hard this is, but we’re going to demonstrate clear evidence of progress and action,” Zients said.

Biden is already well on pace to exceed his goal of 100 million vaccinations in his first 100 days in office. It’s an assuredly achievable goal that some consider inadequate but also a break from the off-base predictions of the Trump administration that undercut public confidence. According to the Centers from Disease Control and Prevention, at least 26 million doses have been administered in Biden’s first three weeks in office.

Much of the improvement in vaccination deliveries so far has been due to long-planned manufacturing ramp-ups, not the actions of the Biden team, aides acknowledge. But with the prospect of a third vaccine receiving approval in coming weeks, they are trying to anticipate and eliminate the next set of bottlenecks, when capacity to deliver injections and demand for vaccines become limiting factors.

On Thursday, California has edged past New York with the most death from the coronavirus. California’s death toll reached 45,496, surpassing New York’s toll of 45,312, according to a tally by Johns Hopkins University.

The Associated Press contributed to this report.