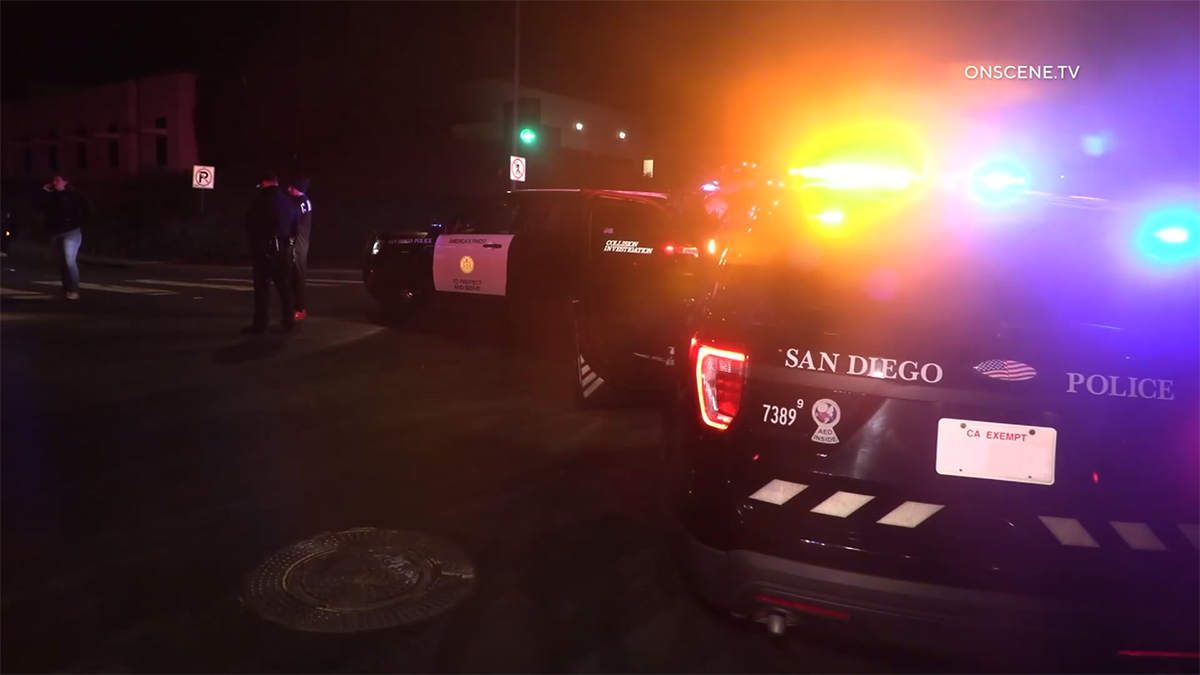 A 25-year-old woman suffered life-threatening injuries Sunday morning when she was struck by a hit-and-run motorist doing “donuts” in the middle of an intersection in the Sorrento Valley community of San Diego, a police officer said.

“The vehicle did a wide ‘donut’ and the crowd moved north to avoid being hit,” said Officer Robert Heims of the San Diego Police Department. “The pedestrian did not move and was struck by the vehicle.”

The woman was struck a little after midnight in the middle of an intersection at Carroll Canyon and Scranton roads, Heims said.

The vehicle was described as a dark or blue sedan with two chrome exhaust pipes coming out of the left rear side. It may have sustained damage to the right rear quarter panel.

San Diego police urged anyone with information regarding the crash to call Crime Stoppers at 888-580-8477.