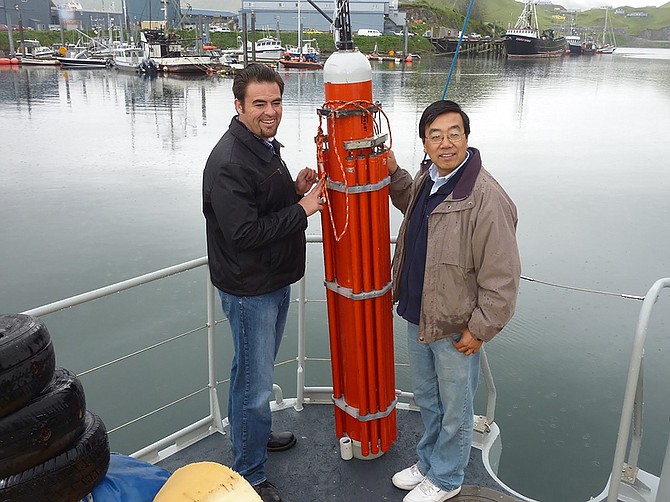 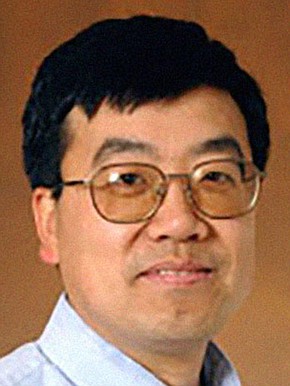 His introduction to the U.S. was a stroll down New York City’s 42nd Street – notorious at the time for its collection of adult book stores, strip clubs and porno theaters.
“It wasn’t the city I read about,” Chao said.
He was looking for an inexpensive hotel to spend the night before catching a bus to Princeton after flying to New York with a stopover in San Francisco.
“I remember when I landed at JFK and even transferring in San Francisco, it was really hard to ask questions in the airport and even navigate,” Chao said. “My English was still terrible.”

Seatrec
In 2012, Chao formed his own company in Pasadena, Seatrec, and in March, moved the company to Vista.
Seatrec is on the forefront of a growing blue technology cluster in San Diego County, companies whose business is related to ocean technology. Seatrec makes devices that use temperature variations in sea water to generate electricity needed to power underwater sensors.
Along the way, Chao earned a doctorate in atmospheric and oceanic sciences from Princeton University and a master’s degree in geophysical fluid dynamics from Princeton University.
About half of his classmates wound up coming to America for graduate school because work was hard to find back home for recent college graduates.
Before coming to the U.S., Chao earned a bachelor’s degree in atmospheric physics from the University of Science and Technology of China.
It was there that he met his wife, Yuan, who is a professor at the University California San Diego Medical School doing research in cancer treatment and drug discovery.
They both came from the same hometown, Shenyang, a city of about 7 million in northeastern China, but never met until college.
Chao’s late father was an electrical engineer. His mother is an accountant. She and Chao’s two sisters still live in China. One is teacher at a community college and the other is a physician.

Taking a Risk
Since as long as he can remember, Chao said he wanted to be a scientist.
Before forming Seatrec, Chao held a variety of positions at the Jet Propulsion Laboratory at the California Institute of Technology, was the principal scientist at Remote Sensing Solutions, Inc. and is an adjunct professor at UCLA.
He worked on a program to develop satellites that studied the oceans from space.
“After that, I got involved in underwater robots,” Chao said.
He formed Sdeatrec to commercialize the technology he developed at the Jet Propulsion Laboratory.