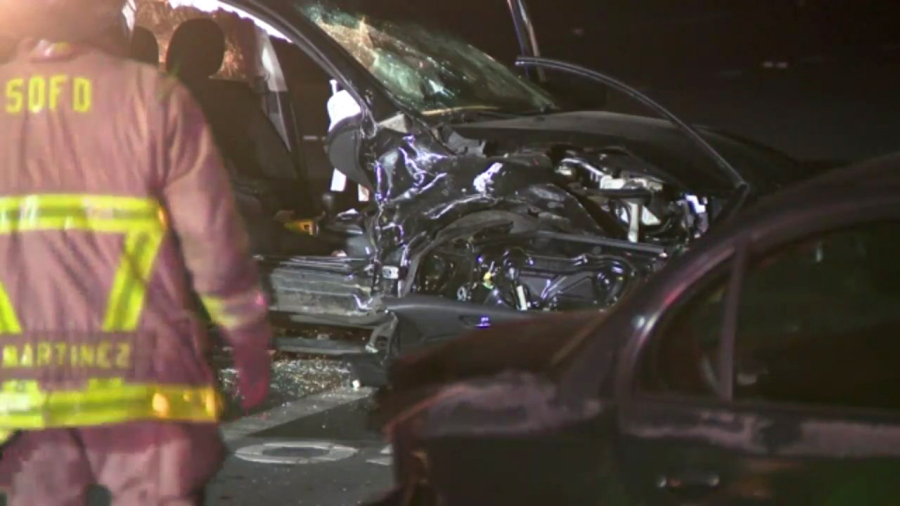 SAN DIEGO – Eight people were injured, including some children, in a multi-vehicle crash late Friday night in the Kensington area, local authorities said.

It happened just before 10:30 p.m. at Fairmount Avenue and Talmadge Canyon Row. According to the San Diego Fire-Rescue Department, the crash involved four vehicles. One person was ejected from their vehicle out into the roadway and two others were trapped in their vehicles.

Seven of the eight patients were transported to local hospitals with “various traumatic injuries,” officials said. It is not yet known how many of them were children.

Six ambulances were requested to respond to the scene of the crash.

Other information on the circumstances of the incident were not immediately known.