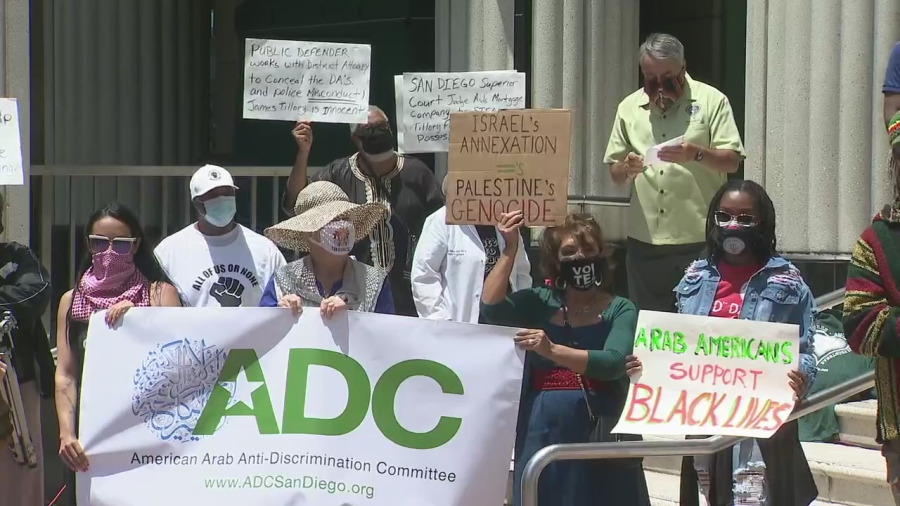 The Racial Justice Coalition of San Diego held a press conference rally outside of the Hall of Justice Saturday afternoon.

During the rally, Anthony Carolino spoke about his brother, Dennis Carolino, who was shot and killed by San Diego police in 2019.

“My brother’s my number one protector in my life, now I’m going to protect the people,” said Anthony Carolino.

The district attorney’s office later reported the shooting was justified because Carolino was wielding a shovel toward police.

Anthony claims the investigation wasn’t fair. He also said there needs to be more training on how to handle mental health crisis.

“When my brother was killed by San Diego police, I learned a lot about San Diego, I learned how dirty the system is,” he said.

A report by state prosecutors shows more than 450 people were shot by law enforcement officers in San Diego County from 1993 to 2017. Activists say Stephan has not punished police abuse, and that none of the officers were prosecuted over the 25 year span.

“We continue to have issues in the County that keep coming up, homeless people being beat up in La Jolla,” said Buki Domingos with the Racial Justice Coalition of San Diego.

Domingos points to the Angel Hernandez case where MTS officers fatally held Hernandez down with their knees on his neck. Domingos said Hernandez’s death looks to be almost the same exact way George Floyd died.

“Its amazing to also know we have our Floyd here,” she said. “So why is nobody saying anything about it and why is it okay that those  officers are still not being prosecuted.”

FOX 5 reached out to Stephan for comment but did not hear back yet. However, the district attorney’s office issued this statement to FOX 5 during the same prosecute or resign campaign in 2020.

Statement in-part:
“Our office takes great care to make sure our analysis follows the law, is independent, objective and thorough.”