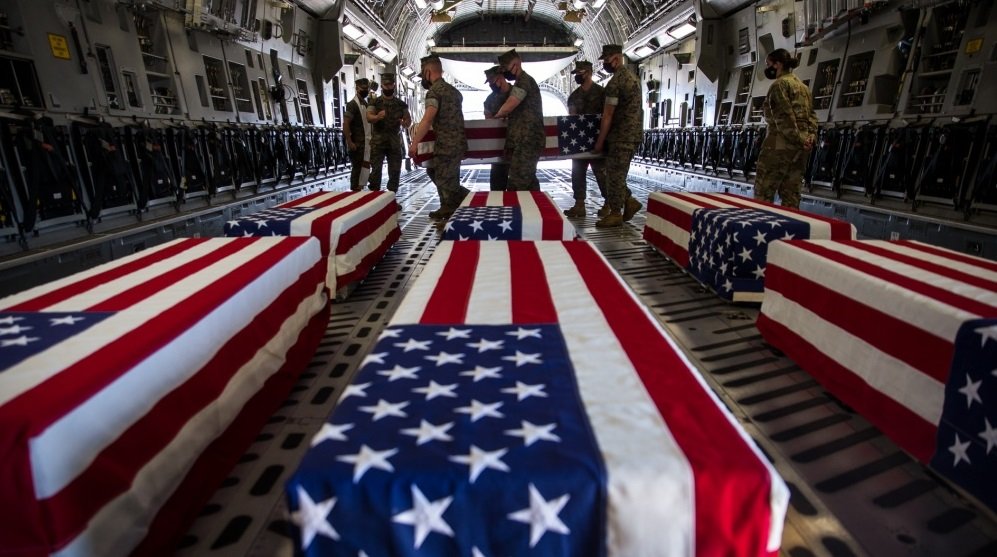 On Thursday, the first anniversary of a tragic Amphibious Assault Vehicle (AAV) accident that left nine military service members dead, families of the fallen plan to announce legal action against the manufacturer of the vehicles.

In March, the attorney for the families, Annee Della Donna, told NBC 7 her firm’s investigation of what the U.S. Marine Corps called a “training mishap” found the deadly accident was preventable, and said manufacturer BAE Systems was to blame.

Della Donna said the AAVs had well-known design flaws and were prone to mechanical failure. It was a different picture than what was painted by a USMC command investigation, which pointed to a combination of human and mechanical errors leading to the sinking of an AAV off San Clemente Island.

Human and mechanical failures led to the deaths of eight Marines and one Sailor of the coast of San Clemente Island last summer. NBC 7’s Allison Ash explains.

“They knew, they knew for years, according to our investigation, that there would be servicemen and women who would die in this type of accident,” Della Donna said in March. “This was not an accident waiting to happen, this was an accident that was going to happen eventually.”

On Wednesday, Evelyn and Carlos Baltierra, parents of fallen Marine Pfc. Bryan J. Baltierra, 18, of Corona, spoke about their son’s death publicly for the first time.

“After finding out this was 100% preventable and that they had no chance because of all the failures, that is what hurt us the most,” Carlos Baltierra said.

The report, completed by the I Marine Expeditionary Force (MEF), said disregard of maintenance procedures, inaction by AAV crewmen and improper training all played a role in the incident last July.

Human and mechanical failures led to the deaths of eight Marines and one Sailor of the coast of San Clemente Island last summer. NBC 7’s Allison Ash explains.

“The investigation revealed a confluence of human and mechanical failures caused the sinking of the mishap AAV, and contributed to a delayed rescue effort. The investigation determined the cause of the mishap was a combination of maintenance failures due to disregard of maintenance procedures, AAV crewmen not evacuating personnel when the situation demanded for such actions, and improper training of embarked personnel on AAV safety procedures,” the USMC said.

The U.S. military confirmed it located and recovered the remains of the marines and sailor who died during a training incident off San Clemente Island.

The sunken AAV and 12 others were involved in a training mission on San Clemente Island, about 78 miles off the coast of San Diego, on July 30, 2020, according to the USMC.

The first signs of mechanical issues appeared as crews were getting ready to leave the island and go back to USS Somerset. One of the AAVs had a mechanical failure that caused a five-hour delay and forced four AAVs and several service members to remain on the island, the USMC’s report said.

NBC 7’s Dave Summers heard from a Marine reservist who spent a lot of time in AAV. Military personnel are continuing to search for marines who went missing following a deadly training incident off San Clemente Island.

Della Donna said the AAVs were equipped with upgraded tracks that were heavier and lost transmission fluid when they were in the water. When the AAV reached San Clemente Island its transmission was smoking and empty of fluid.

“So they ran around looking for transmission fluid. They could only find six gallons, instead of the 23 they needed. They poured it in and then they were ordered back into the water,” Della Donna said.

As the other nine AAVs were headed back to USS Somerset one of them began taking on water from multiple points, the USMC said. The vehicle was equipped with bilge pumps, but due to a transmission failure the pumps couldn’t handle the amount of water coming in and the vessel began to sink, according to USMC’s report.

“When they get in the water they burn through their transmission fluid. So what happens is they got on the water, they got past the surf zone, they burned through all of their transmission fluid and the engine froze, so now you have no forward movement, you have a 26-ton vehicle that starts taking on water cause its sitting there, and it starts to sink,” Della Donna said.

A distress signal, known as a “November Flag,” was sent out but no safety boats were in the water, the USMC said. The command investigation said it took 20 minutes for another AAV to arrive for support, and by the time the second AAV arrived the mishap AAV had been sinking for approximately 45 minutes.

“[The families are] hearing for the first time that there was 45 minutes from the first call to evacuate, 45 minutes until that track sank. There is no reason why they shouldn’t have been able to get out alive,” Della Donna said following the release of the command investigation .

As the crew on the sinking AAV began evacuating through a hatch on top of the vehicle, the assisting AAV collided with it and shifted the sinking AAV on its side with the hatch facing a large swell. The swell crashed into the hatch side of the sinking AAV and filled the troop compartment with water, causing it to sink rapidly with 11 service members on board, the report said.

The top hatch was another element with a critical design flaw, according to Della Donna.

“[BAE Systems] knew that when that track started to sink that the cargo hatch was way too narrow to get everyone out with all their gear on… It took three Marines going, ‘One, two three,’ and pushing up the cargo hatch to get it up to allow one person out at a time. And when they got it up, the waves would throw it back down, and then they’d have to do that all over again,” Della Donna said.

“The manufacturer has known this for years and they’ve never done anything to either increase the size of the cargo hatch or have some sort of automatic opening, hydraulic opening, in an emergency, or have some way to lock it in an open position. So they knew when they sent these young men out in their vehicle, the manufacturers of this vehicle knew that they would have people die if that track sank,” she said.

The body of one Marine was recovered at the scene and eight other service members went down with the 26-ton AAV, which sank to a depth of nearly 400 feet.

Following an extensive search, the remains of the missing military members were found on Aug. 3, 2020, when the sunken craft was discovered. The deceased were identified as:

“What I would like to see out of this is that the militaries understand what happened take that knowledge and take it back to training,” Evelyn Baltierra said.

Marines Corps announced Col. Christopher J. Bronzi, the former commanding officer of the 15th Marine Expeditionary Unit, was relieved of command by Lieutenant General Steven R. Rudder, commander of the U.S. Marine Corps Forces, Pacific, “due to a loss of trust and confidence in his ability to command.”

The decision to relieve Col. Bronzi of command came as a result of the completion of the command investigation, the U.S. Marines said. Col. Fridrik Fridriksson, who previously commanded the 11th Marine Expeditionary Unit, has been placed in command of the 15th MEU.

Col. Bronzi was the second leader in the 15th MEU to be relieved of command in connection to the incident. In October 2020, Lt. Col. Michael J. Regner was relieved of his command.

Della Donna said BAE Systems shares some of the blame.

“The manufacturer should have recalled them. I mean, we recall cars for less problems, right?” she said.

I MEF has taken administrative or disciplinary action against seven other people “whose failures contributed to the mishap,” according to the USMC.

Della Donna and the families plan to announce their lawsuit against BAE Systems at a news conference Thursday morning in Oceanside. The families also plan on revealing footage taken from inside the troop compartment of the AAV.

NBC 7 reached out to BAE Systems, the Marines and the Navy for comment about the planned lawsuit and has not heard back.