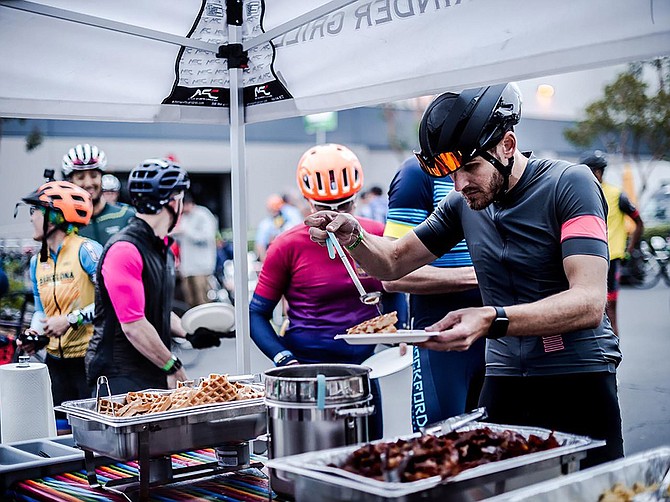 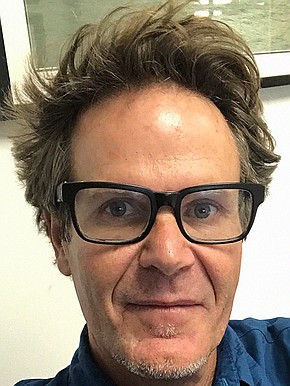 The three-day expo kicks off Friday, July 16, with the race taking place on Sunday, July 18. This year, the affair will be hosted by North City, a community within San Marcos. The Belgian Waffle Ride previously took place at Lost Abbey, a San Marcos-based brewery. Now considered the largest bike race of its kind in the United States, the ride outgrew the former location, according to Michael Marckx, CEO of Monuments of Cycling. Founded in 2015, the organization dubs itself a purveyor of cycling experiences and puts on the race every year.

So far, the 132-mile ride, which crosses over 50 miles of off-road terrain and more than 12,000 feet of climbing, has roughly 5,000 racers signed up, said Marckx, double the amount from 2019. This year includes 70 vendors, he said, and will feature food – including Belgian waffles – live music and a beer garden. All three affiliate hotels, including Fairfield Inn San Marcos, are completely booked, he added, with the entire event projected to have an economic impact of several million dollars.

“The economic impact is in the many millions because we bring so many people to each venue,” said Marckx. “In San Diego, there will be five thousand people racing, all of which bring 1.2 people with them, which means we bring 10,000-plus people to North City for those three days. We sold out all of our host hotels as well as numerous other hotels in San Marcos for the weekend. So, that is a lot of room nights we are banking on. Of course, all the restaurants and local businesses reap the benefits.” 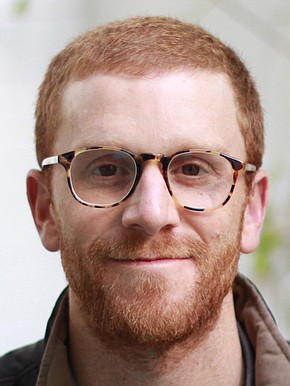 Added Darren Levitt, vice president of Sea Breeze Properties, developer of North City: “We’ve been speaking with the Monuments of Cycling team about expanding the event to North City for a few years now. Cyclists from all over the country come together and form memories that undoubtedly last a lifetime. We know that North City is the perfect venue, with a focus on community… and a dense mix of businesses that can support such a gathering.”

One Event Each Year

San Diego is not the only city to host a Belgian Waffle Ride this year, said Marckx.

This year, the race, which takes bikers across all sorts of challenging terrains, including asphalt and concrete, will also take place in other cities, he said.

The next three races will be in Asheville, North Carolina, followed by Cedar City, Utah and Lawrence, Kansas, said Marckx.

“We started branching out, using our expertise to bring these fun events to other locations and we have designs on bringing the Belgian Waffle Ride to Canada, Texas and Japan next, to name a few,” said Marckx. “I can’t tell you which one of those three will be the next one, but we do look to add one event each year.”

In addition, Monuments of Cycling will also put on a three-day music, food and cycling expo right here in San Diego in October, he added. Marckx describes it as a cross between the Seattle to Portland Bicycle Classic and Coachella Valley Music and Arts Festival.

Originally from Los Angeles, Marckx moved to San Diego when he became a professional athlete after college; he used to race bikes and was a world amateur champion as a triathlete, he said.

Marckx created the Belgian Waffle Ride as a marketing ploy when he served as the president and CEO of Spy Optic, an online optical store. When he left the company, he took the Belgian Waffle Ride with him and began hosting it in San Diego as a standalone event. Roughly five years later, he built the parent organization, Monuments of Cycling, in hopes of taking the event around the world.