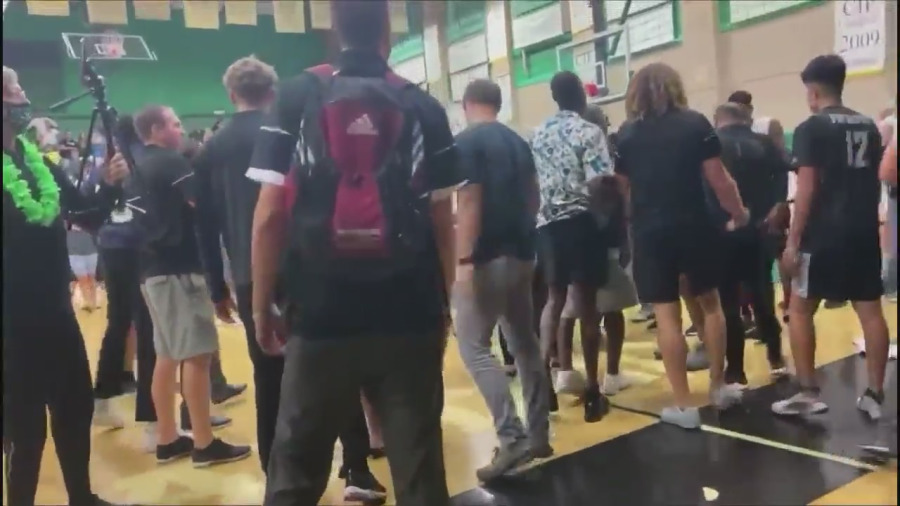 CORONADO – CIF officials have opened an investigation into an incident that occurred in the aftermath of a championship basketball game between Coronado High School and Orange Glen High School on Saturday night, in which after tortillas were thrown at Orange Glen’s basketball team.

Video of the incident shows tortillas being thrown onto the court and at Orange Glen players, after Coronado High won the game. Orange Glen serves predominantly Latino students.

In a statement the California Interscholastic Federation said it prohibits “Discrimination or any acts that are disrespectful or demeaning toward a member school, student-athlete, or school community.”

CIF said it would be working with administrators from both schools to investigate the incident.

Coronado Police had responded to the incident to help clear people out of the gym after the game. “We are extremely disturbed by the behavior of some of those attending last night’s basketball game. Their actions are completely unacceptable,” the department said in a statement.

The police department promised to investigate the incident, and said they were able to identify the adult male who took the tortillas to the game.

California State Assemblywoman Lorena Gonzalez also weighed in on the incident, saying, “Coronado High School should be sanctioned by CIF or stripped of their championship. We should have universal condemnation of this activity.”