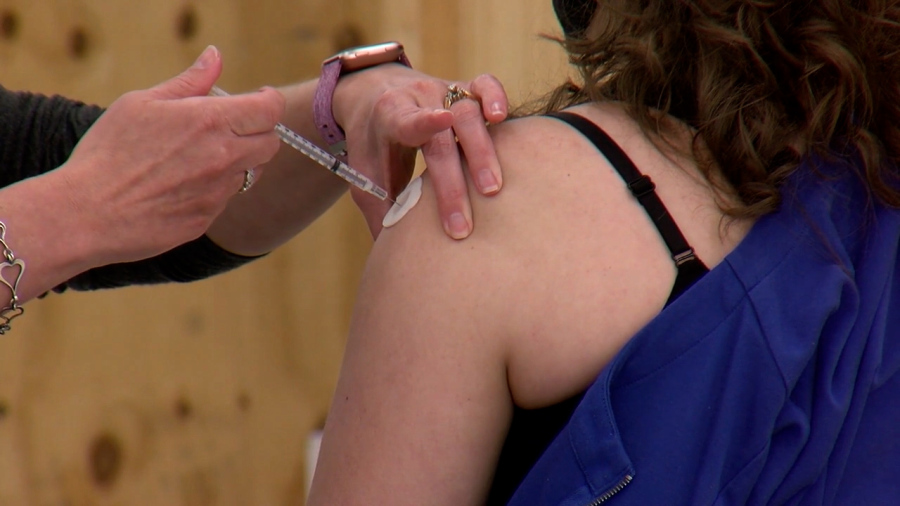 
10,000 workers from maquiladoras south of the border to get COVID-19 vaccine

Hospitalizations dipped to 98 from Monday’s reported 112, and those in intensive care units declined to 33 from Monday’s 38. Those numbers were 161 people hospitalized and 47 in ICU beds one month ago. There are 55 available, staffed ICU beds in the county.

San Diego County remains in the “orange tier” of the state’s color-coded reopening plan, with an adjusted case rate of 2.4 new cases per 100,000 people.

To land in the yellow tier, the most permissive, the county would need to report an average of fewer than two new cases per 100,000 for two consecutive weeks.

That is unlikely to happen before the state lifts most COVID-19-related limitations on June 15.

Both the testing positivity percentage and health equity metric — a measure of a county’s most vulnerable quartile — are low enough for San Diego County to fall in the yellow in those categories, with 1.5% and 1.8% respectively. Counties are sorted into their worst-performing tier.

Of 7,767 tests reported Tuesday to the county’s Health and Human Services Agency Sunday, 0.9% returned positive. The 14-day rolling average is 1%.

The county on Tuesday reached 70% of its goal to vaccinate 75% of residents 12 and older, or 2,101,936 people. Around 1.47 million San Diego County residents are fully inoculated with either two doses of the Pfizer or Moderna vaccine or the single-shot Johnson & Johnson vaccine.

A total of 1,902,948 San Diego County residents have received at least one dose of the Pfizer or Moderna vaccines, or 90.5% of that goal.

More than 4 million doses have been received by the county, with nearly 3.57 million administered.