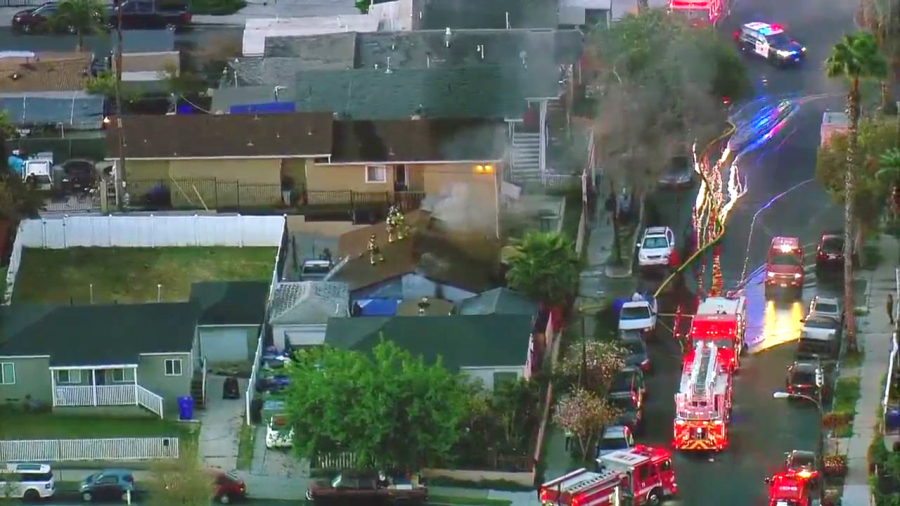 Important note: If you or a loved one is feeling distressed, please remember help is available through the National Suicide Prevention Lifeline at 1-800-273-8255. It provides free and confidential emotional support 24 hours a day, 7 days a week. You can also call a loved one, member of the clergy or 911.

SAN DIEGO — Authorities believe a fire that killed three people last week, including a San Diego woman and her son, was intentionally fueled by gasoline in an act of murder-suicide.

The blaze broke out at a home on South 38th Street in the Mountain View neighborhood around 6 a.m. April 1. By the time firefighters could get inside the house and fight the flames, authorities found three people dead near the front door, apparently trapped inside as the fire grew.

In the hours after the flames were extinguished, police said they were treating the house as a crime scene because the fire appeared to have been intentionally set. Now detectives confirm they “believe this was a case of murder-suicide,” though “the investigation is still ongoing to determine what roles each individual played in the incident.”

In their update Thursday, San Diego Police Department also identified two of the victims as 44-year-old Katia Valdivia and her 26-year-old son Angel, though the third person remains unidentified. The three appear to have died from injuries caused by the flames and smoke, as otherwise “there were no significant traumatic injuries found,” investigators said.

While it wasn’t clear which person was believed to have started the fatal fire, homicide investigators and the city’s Metro Arson Strike Team have determined the arsonist was “using gasoline as an accelerant.”

Firefighters rescued two dogs, an American pit bull terrier and a Chihuahua, from the house. They were taken in by San Diego Humane Society and later put up for adoption.