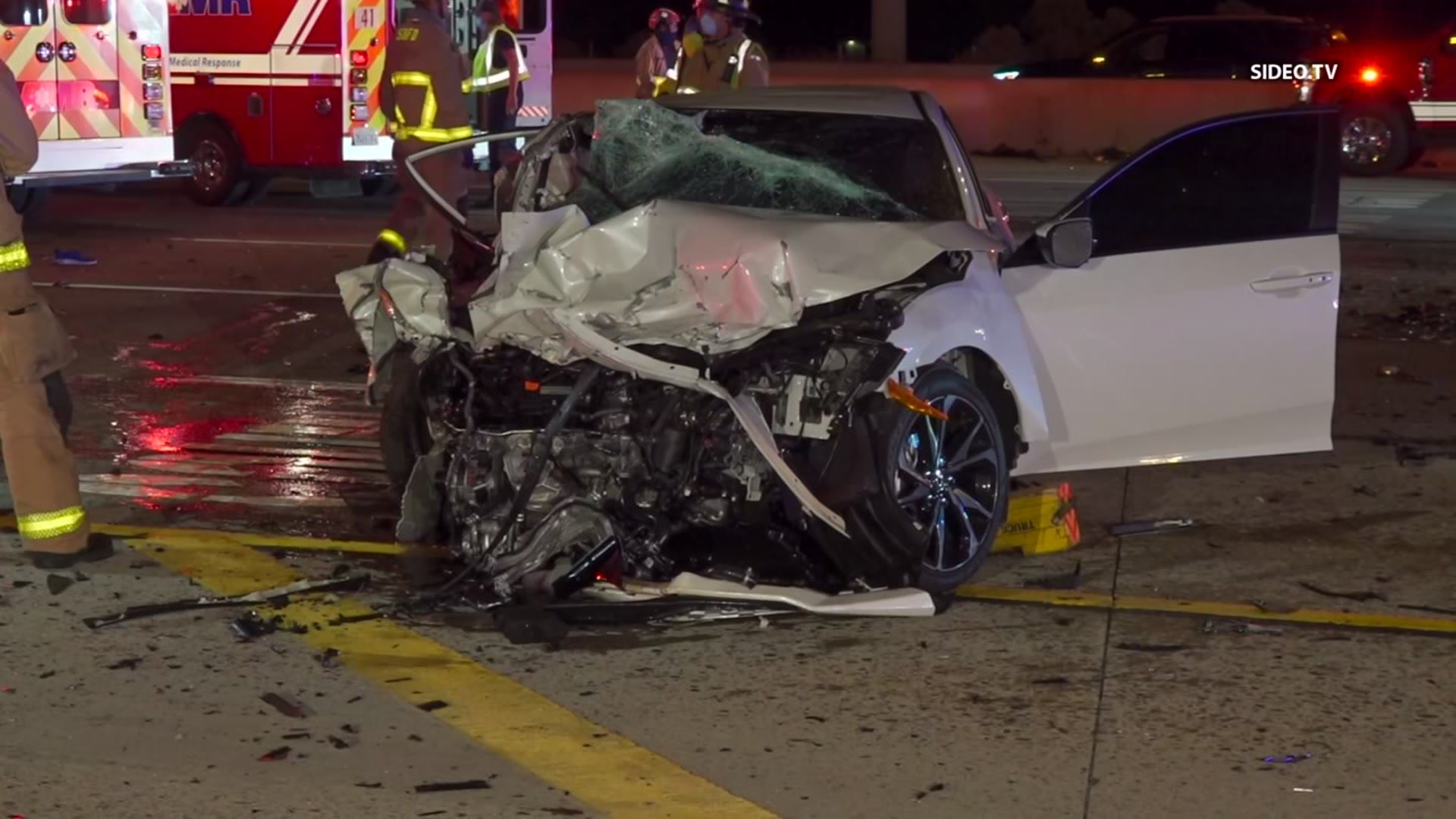 One person was killed early Tuesday after a wrong-way driver entered Interstate 5 in Carmel Valley, crashing head-on with another car.

The California Highway Patrol said the deadly crash was reported near the off-ramp to State Route 56, where the collision occurred. For reasons still under investigation, a driver entered the wrong way on southbound I-5 and crashed right into another motorist.

A total of five cars were involved in the crash following the collision, CHP said.

Authorities said one person, whose name was not released, was killed in the incident. They did not specify the extent of any injuries other motorists endured in the crash.

Traffic in the immediate area is at a standstill, with authorities diverting traffic onto SR-56 while they try to clear the lanes.

The investigation is ongoing.