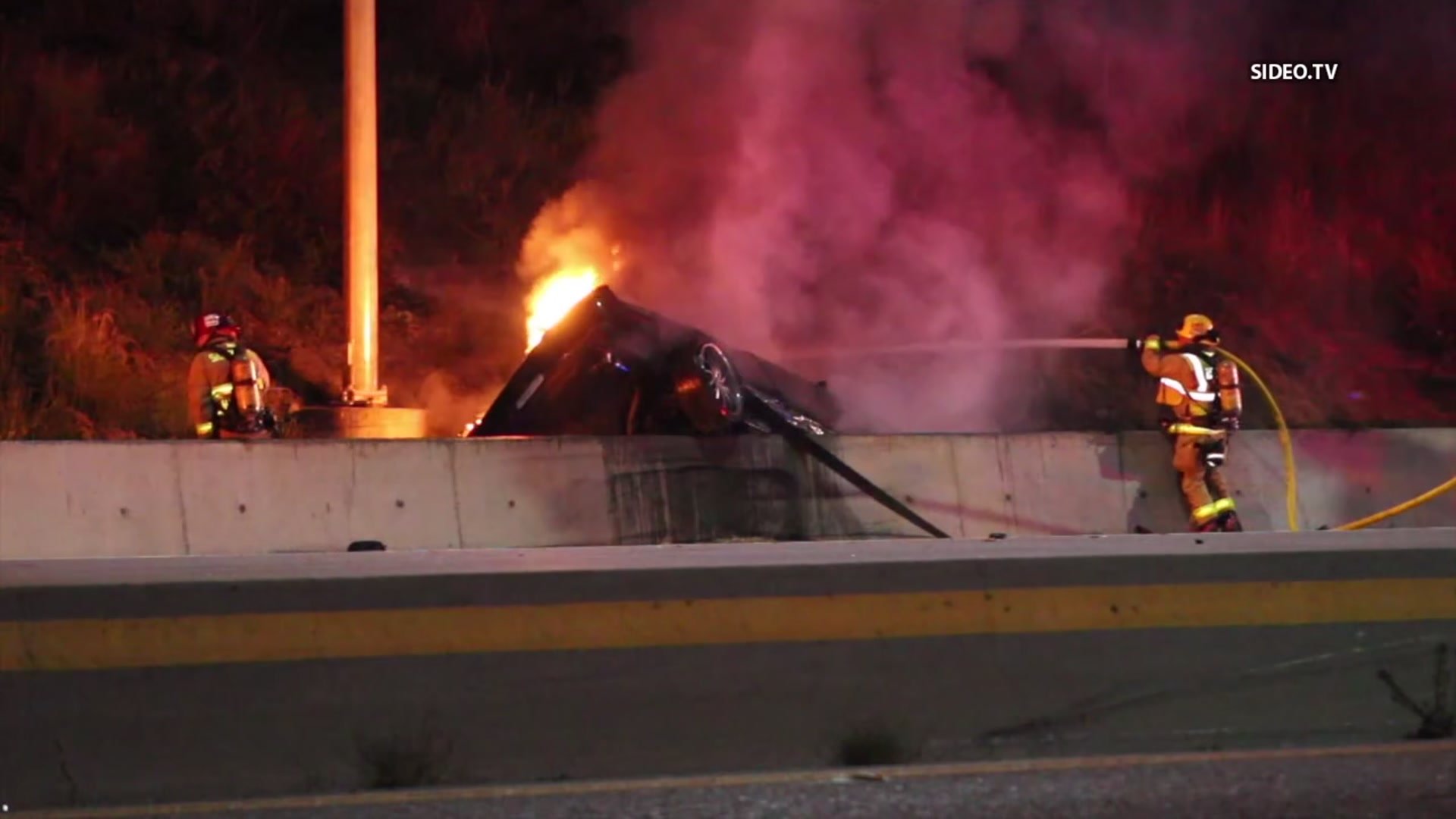 A driver was killed in a fiery rollover crash on state Route 78 in San Marcos, authorities said on Monday.

A man was driving a 2017 Dodge Challenger on the westbound highway when, for unknown reasons, he allowed the car to veer left and strike a metal signpost, Escobar said. The car then swerved left and overturned before bursting into flames.

The driver was trapped inside the car and was pronounced dead at the scene, the officer said. The victim’s name and age were not immediately available.