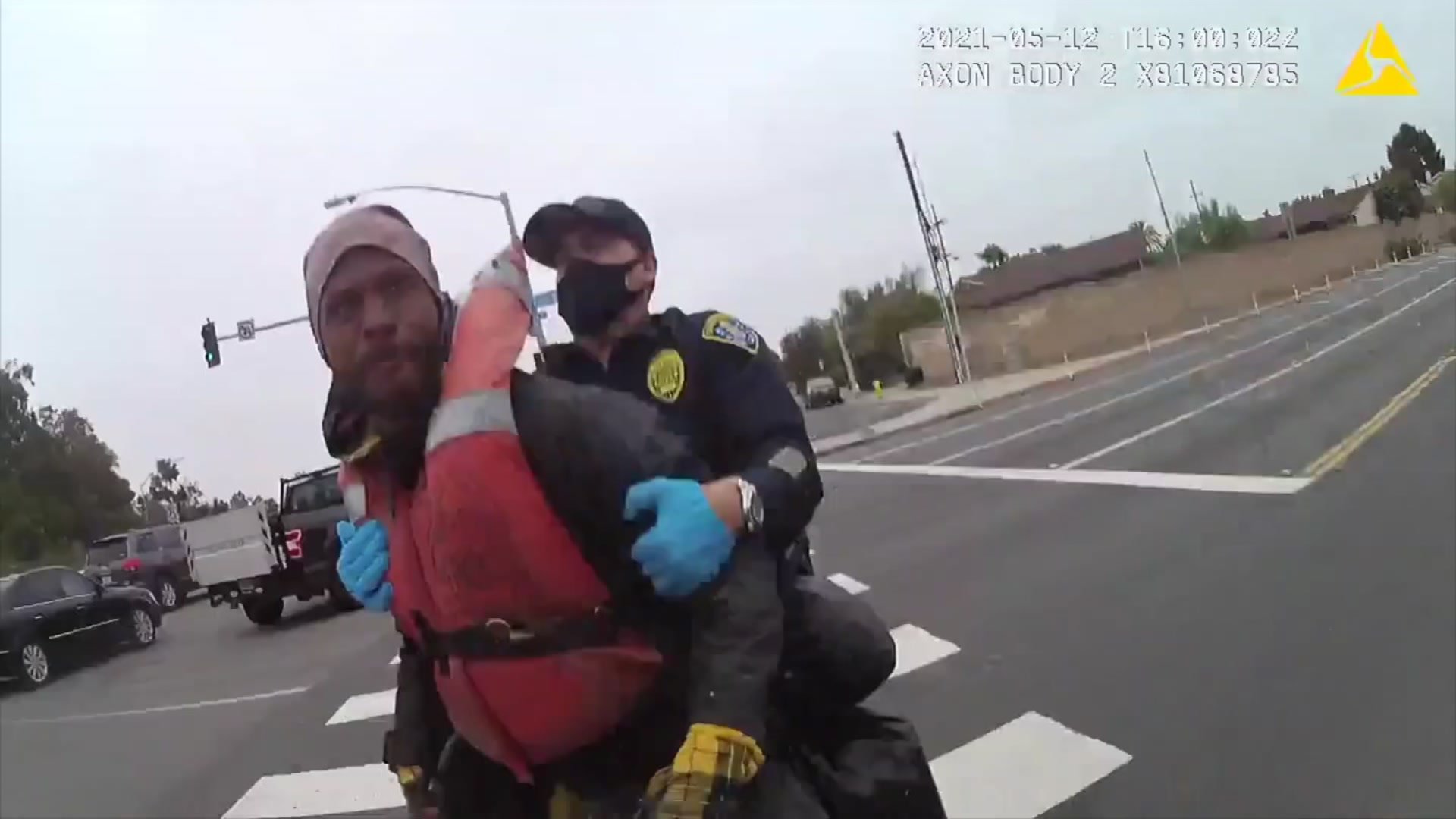 A newly filed lawsuit seeks the release of any potential recordings of 911 calls that led to the controversial arrest of a homeless Black man who was tackled and repeatedly punched by San Diego police officers in La Jolla last month.

The suit filed against the city of San Diego concerns the May 12 arrest of 34-year-old Jesse Evans, which was recorded by a bystander and posted on social media, prompting public outrage and accusations of excessive force.

Police said Evans was initially contacted by officers for urinating in public. Body camera footage released by the police department showed officers approaching Evans, who walked away from them. Later, the officers confronted him in an intersection, at which point he was tackled and arrested.

The witness’ cellphone video showed most of the fracas, during which one of the patrolmen hit Evans in the face twice, and the other punched his leg several times.

Police have said that an internal review is underway.

The plaintiff, Arturo Castanares, publisher of the La Prensa newspaper, alleges he submitted a public records request regarding any calls to police related to the arrest, but the city denied the request, citing a statute that states records can be withheld when the “public interest in disclosure is outweighed by public interest in nondisclosure.”

Representatives from the city did not immediately respond to a request for comment regarding the suit that was filed Friday.

Castanares alleged during a news conference Tuesday that the statute only applies to records created during an ensuing investigation into an incident, not documents that existed prior to the investigation.

“We’d like to hear those calls and see if the calls in fact were about a person that looked dangerous or whether they were racially biased or whether there were any calls at all,” Castanares said. “All we’re seeking is full transparency for accountability.”

Attorney Cory Briggs, who represents Castanares in the suit, said the body-worn camera footage previously released was done so under the same statute that applies to audio recordings.

“There’s really no reason why we would have to sue for the 911 tapes, except that the police are not turning them over,” Briggs said.

In a statement, the People’s Association said the 911 recordings’ release would be crucial to determine whether Evans’ arrest was an example of racial profiling.

“Was there ever a 911 call placed? Or were police, who were driving up the street, solely functioning on the fact that this is a Black, unsheltered man in an affluent neighborhood that he cannot be in?” Harris said.