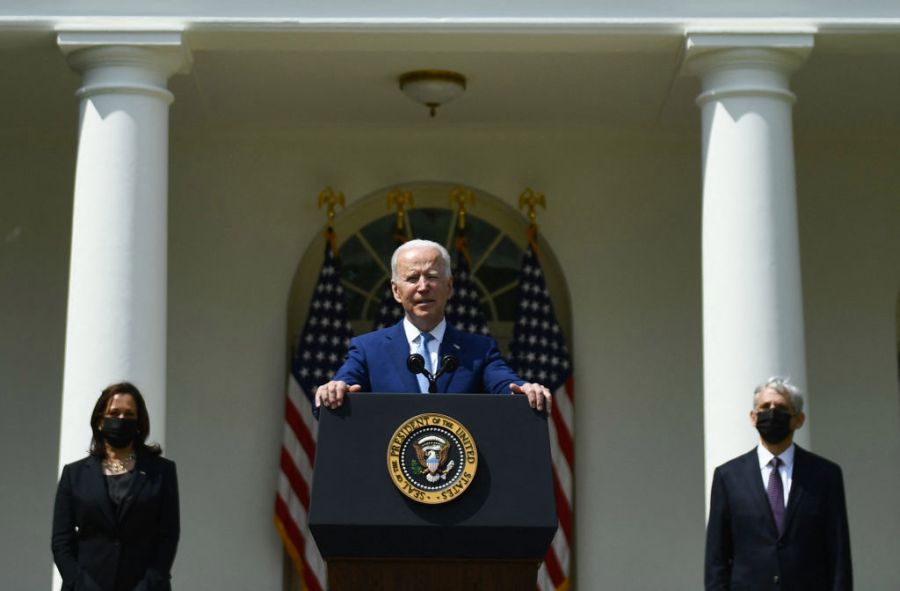 SAN DIEGO – Some San Diego anti-gun violence advocates applauded a series of executive actions rolled out Thursday by the Biden administration while local gun owners argue the actions infringe upon their rights.

President Joe Biden announced the actions following a series of widely reported mass shootings carried out in communities across the country. The latest such incident came late Wednesday when five people were killed and another person was injured in a shooting done by a former NFL player in South Carolina.

On the same day Biden announced the actions, another shooting at a cabinet-making business in Texas left one person dead and wounded five others.

“As President Biden made very clear, this is all about taking care of everyone’s right to live peacefully,” said Rose Ann Sharp of the Never Again CA group which advocates for gun control.

More than half of Americans say they’re dissatisfied with gun laws and policies in the U.S., according to a Gallup poll released in February, but few meaningful changes have been signed into law as national debates haven’t been able to break through partisan gridlock on the issue.

The president asked the Justice Department to propose a rule to stop “ghost guns,” which are kits people can buy to build a firearm.

“Most criminal steal firearms and if you steal a firearm and use it in a crime and you trace it back to the person that bought it legally, you know that person is not guilty of a crime,” he said, “so these steps that are being taken are not preventing violent crime. They’re not preventing criminals from doing evil things.”

Biden is asking his administration to issue a report on gun trafficking.

“We have to do everything that President Biden is recommending and it needs to be done together and I think the American public wants it now,” Sharp said.

“We need to tackle the problem,” he said, “and the problem is criminals, not law-abiding citizens.”