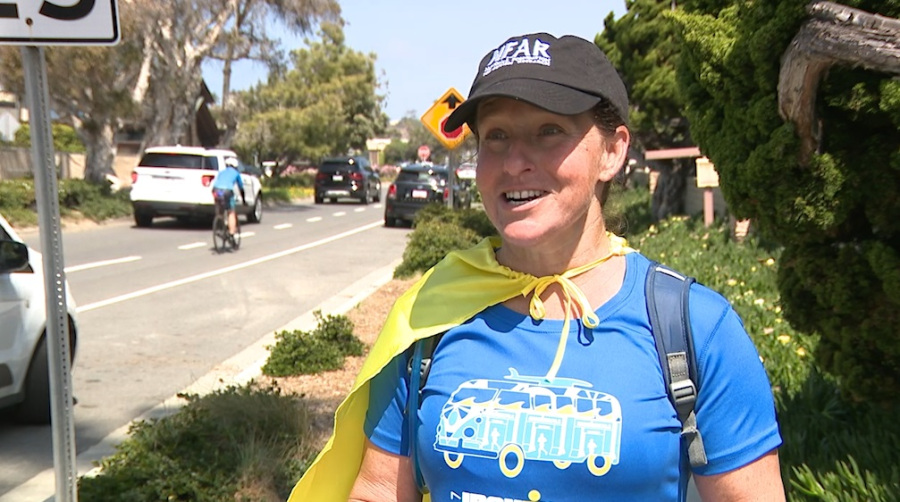 SAN DIEGO – The race for autism goes virtual this year due to the pandemic. Between now and Saturday, people can walk various distances such as a 10K or the featured distance of 54K, the equivalent of about 33 miles.


Local wheelchair skateboarder to others: ‘Don’t give up hope’

Asaro, an outreach specialist for the National Foundation for Autism, found inspiration from her friend Eric Webber, the first person with autism to win the Race for Autism. She says Webber mentioned he was going to run 54K in a single day.

The Race for Autism raises money for the National Foundation for Autism Research and other organizations dedicated to helping people with autism. There are different options to run or walk it, with the 54K option representing that one in 54 people in the U.S. have some form of autism. Donations also are being accepted at raceforautism.org.

Asaro’s journey began on the steps of her home in East Scripps Ranch. It took her eight straight hours to complete 54K, all the way to Carlsbad. Although she’s competed in marathons before, she’s never done anything like this.

In an effort to not scare herself, she didn’t even plan the run in detail until the day of.

“It was hard,” she said. “You had to figure out, ‘Where are the sidewalks? Where do I need to cross? Where are the bathrooms?’”

Her support squad included daughter Grace, husband Guy and family friend Atul Antil, who each met up with her at various points to help her keep moving.


‘This is how I express myself’: Local man completes world’s 1st Strongman Marathon

Despite facing the highs and lows that come from running such a great distance, she dedicated each 10K interval to a different group in the autism community, including autistic kids, families of those with autism and their support teams.

“It’s not just about me and my 54K effort,” she said. “It’s about encouraging other people to join us in our mission to help those with autism and also to flip that script on autism unemployment and start to connect companies with the autistic talent that they need.”