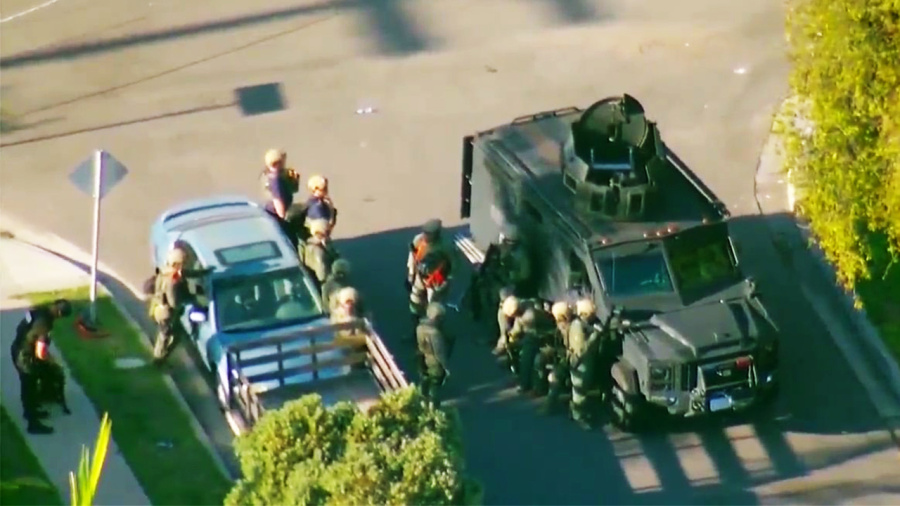 CHULA VISTA, Calif. — Officers have confirmed the identity of a woman found dead inside a Chula Vista home after a lengthy police standoff Friday.

Chula Vista police found Billie Jean Partain, 74, dead inside her home near 700 Glover Avenue after her husband was taken into custody.

Police started investigating around 5:30 p.m. Thursday. Officers said 63-year-old John Partain told a relative he murdered his wife, had a weapon and was suicidal. When officers got to their home for a welfare check, John Partain refused to come out and wouldn’t let officers check on his wife.

Crisis negotiators and a SWAT team were called in. Police said John Partain referenced “suicide by cop” and repeatedly confessed to his wife’s murder. After 12 hours of intermittent negotiations, he stopped cooperating and called off all communication with negotiators.

The Chula Vista Police Department’s SWAT team went inside the home and took John Partain into custody “safely” on Friday at 6 p.m. He was taken to a hospital as a precaution and will be booked into San Diego County Jail for murder, police said.

No further details about Billie Jean Partain’s death were released.