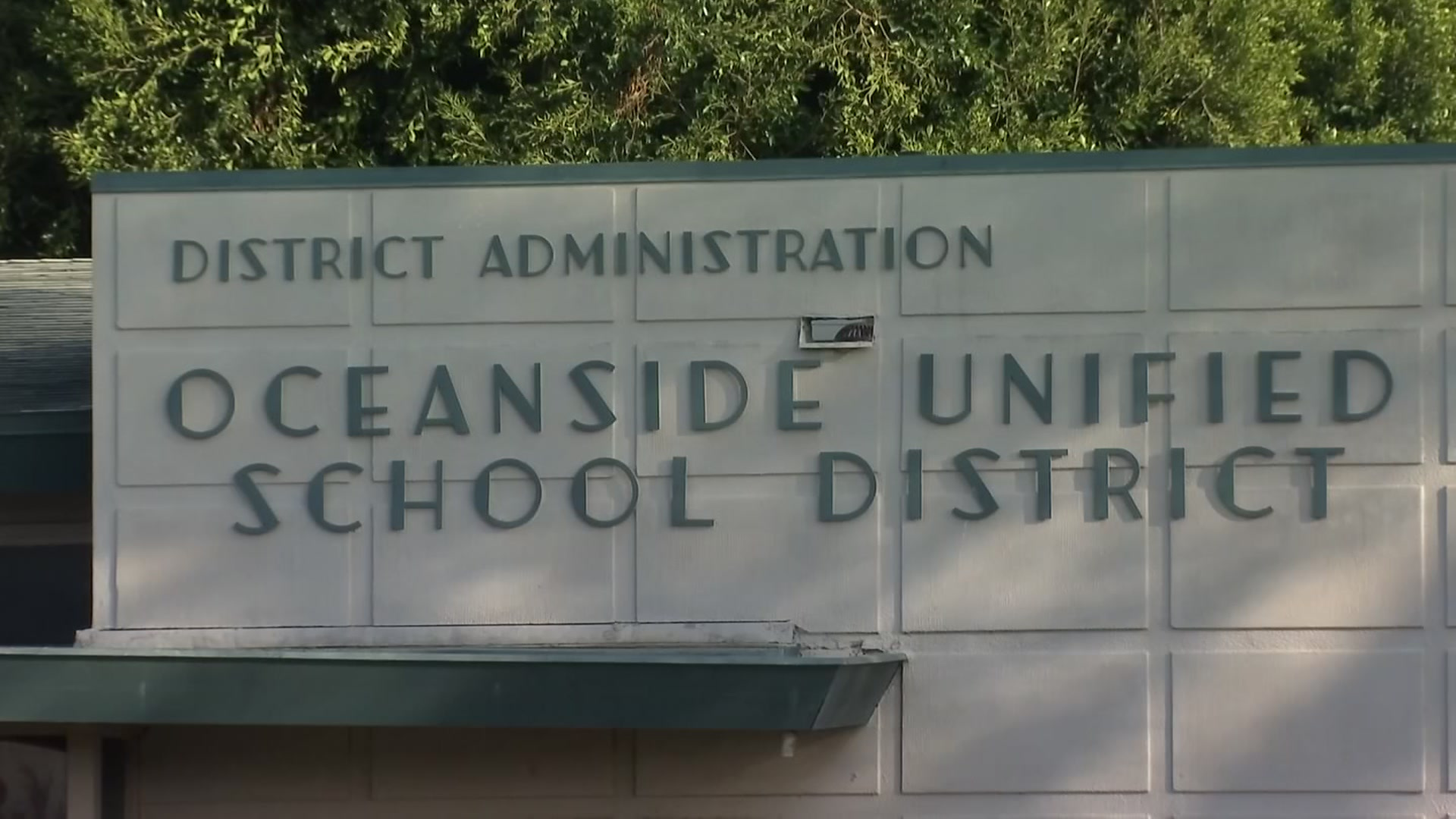 Welcome news came Tuesday for many parents in the Oceanside Unified School District.

The school board voted to finalize a plan that would bring most elementary school back on campus in mid-March. In-person learning will resume first for pre-K through 5th grade special education students the week of March 8, and the rest of the district’s elementary school students will return the following week.

Many parents in the district have grown frustrated by the reopening delay.

“Every day is pretty much a fight that ends in tears about 95% of the time,” parent Aimee Palmer said describing distance learning.

She and other parents demonstrated outside district headquarters before Tuesday’s meeting.

“In 11 months [my daughter] had 20 hours of in person time,” fellow parent Elaine Keswick said.

“The system she uses to communicate is picture based, or she takes our hand to tell her something. She can’t reach through the screen to take the teacher’s hand to communicate her needs,” Keswick said, explaining her daughter’s reliance on in-person instruction.

Palmer has a 10-year-old son named Mason, and a 5-year-old daughter.

“It’s not fair to my kids because they are not getting a proper education,” Palmer said. “One hour of zoom a day does not equate to six hours in the classroom.”

According to the OUSD website, the hybrid learning model was abandoned in December in favor of full-time virtual instruction.

At its board meeting in January, the district voted to continue virtual learning until COVID-19 case rates dropped into red tier levels, or until other conditions changed.

“They seem to believe that safety and kids in class don’t go together but we have so many examples of it working successfully,” Keswick claimed.

“I would be happy — ecstatic to do five days, half day. That would be perfect,” Palmer said before the board voted unanimously to do just that.

Many parents rallying ahead of the meeting called the vote a step in the right direction.

Board member Eric Joyce asked staffers to present a plan at next month’s meeting for getting middle and high school special education students back in the classroom as well.