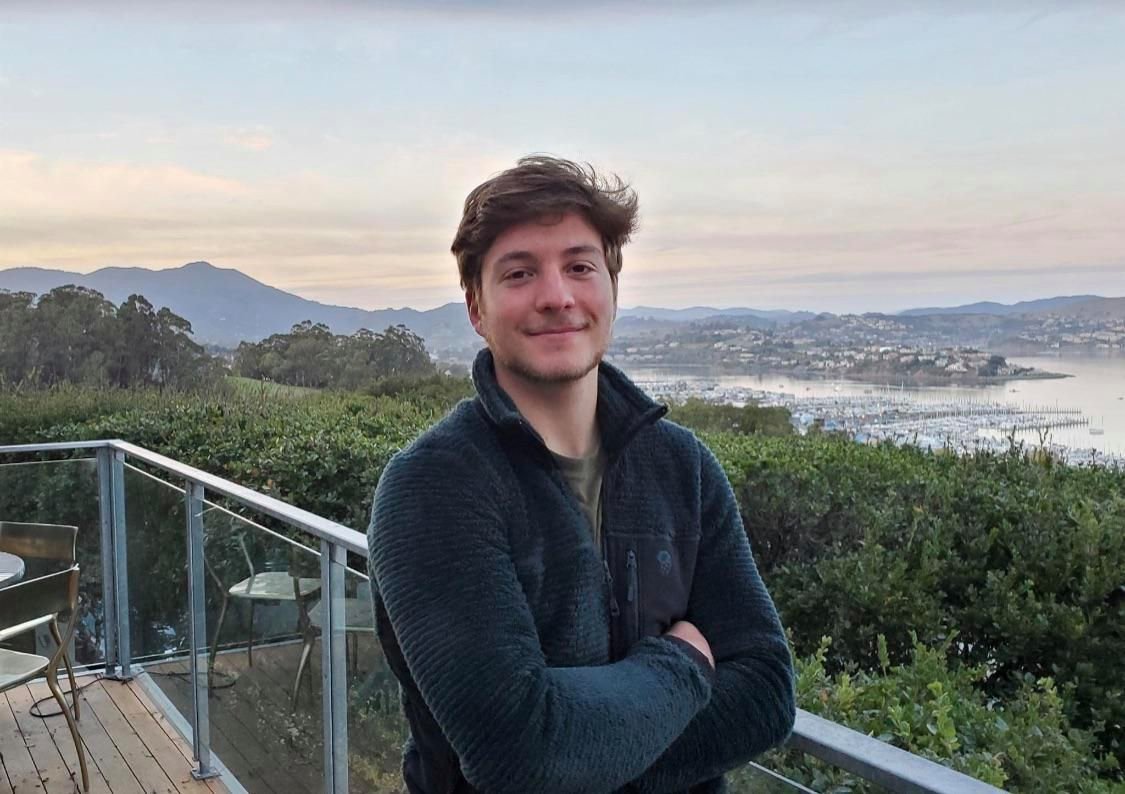 Max Lenail was on a run when he was caught in a severe rain and hailstorm on January 29.

Ben Lenail and Laurie Yoler said Max Lenail’s brother was able to guess his cell phone password, which helped answer his family’s questions about what led up to his death.

“It’s a moody day. Luckily, it’s not cold,” said Max over gusty winds as he captured ominous clouds in the distance.

“It’s of course very heartbreaking for us because little did he [Max] know he was about to walk into a death trap,” said Ben, who explained the video was taken 20 to 25 minutes before Max Lenail’s death.

A map tracking Max Lenail’s run was also found in his cell phone.

It shows just how close Max Lenail was to completing his run. Laurie said he was 10 minutes away from safety.

“He knew his car was only 10 minutes away and he would have to retrace his steps five miles, so he ended up trying to cross the river. The water was too strong, and he got submerged and died,” explained Ben.

He also said the medical examiner told him and Laurie that Max Lenail’s cause of death was drowning and that he had not hit his head or showed signs of becoming unconscious due to a head injury, which left Ben and Laurie to believe Max Lenail was indeed swept away while trying to cross the San Diego River Crossing just a few minutes from Visitor Center Loop.

Ben and Laurie said when they turned on Max Lenail’s cellphone hundreds of dated text messages poured in from concerned loved ones who heard he had been missing, prior to his body being found.

“They were praying for him. They were hoping that he was okay and they were encouraging him to stick to life and it was very heartbreaking because all these texts were adding up and saying, ‘Max,’ you know, I need you to be alive.’ So, we get the phone and we get these cascades of texts, of all these friends, who were like ‘Max, you cannot go,’ and it was absolutely heart-wrenching,” Ben emotionally recalled.

Ben and Laurie said they are now making it their goal to work with local stakeholders to build a pedestrian bridge in the same area Max Lenail passed away.

“That river crossing could only be described as absolutely treacherous,” said Laurie.

“We want to make sure we improve the park and that we ensure the safety of people like him [Max]. He was an avid hiker, runner, climber. We want to make sure no one else ever gets injured or dies at that crossing. We can’t think of a better way to honor our son’s memory,” said Ben.

Ben and Laurie said Max Lenail was a Brown University student, expected to graduate in May and that he was preparing to take the MCAT. They said Max Lenail loved the outdoors and being active, but that above all he was a kind-hearted person who wanted to follow his passion for helping others. His goal was to become a Neurologist.

Ben and Laurie told NBC 7 that next month they are presenting a proposal to local leaders calling for a pedestrian bridge at the San Diego River crossing in Mission Trails.

They are encouraging others who support their mission to reach out to their local representatives.