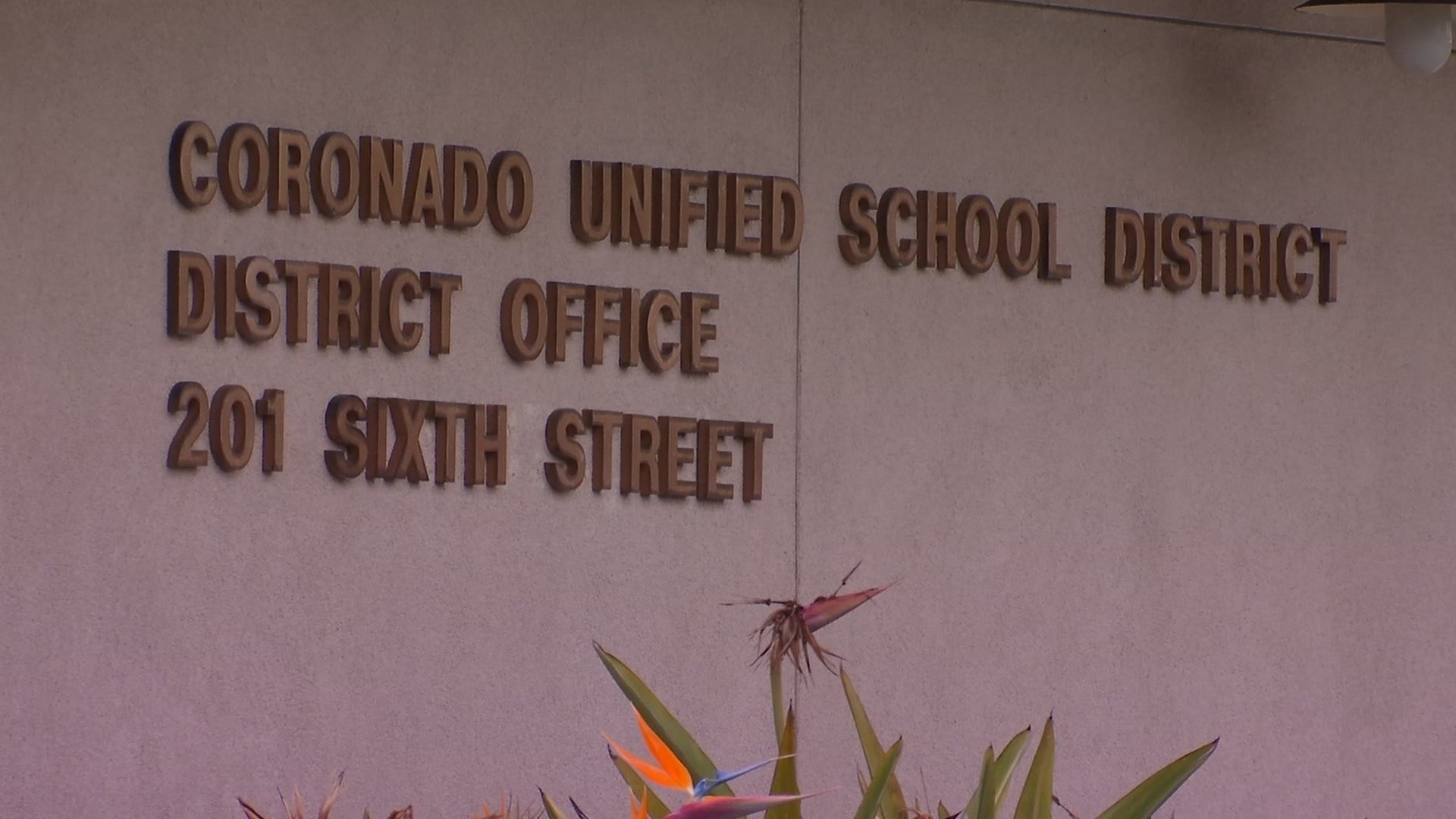 There’s a plan on the table to change the regular school day flow for hundreds of students in the Coronado Unified School District, and it’s brewing heated debate between parents, teachers and students.

The school board first voted last March — before the pandemic shut-down in-person learning and put the modern school day on hiatus — to change class schedules from traditional six-subject, hour-long periods per day to three or four-subject, 90-minute periods

Severe blowback from teachers, some parents and students opened the debate again at Tuesday’s board meeting.

“The kids are just being short-changed. The most important thing for them and their quality of education is their time with teachers. Not time on their own,” parent Steve Rauber said.

Rauber is leading the charge against the new school bell systems. The so-called “four-by-four” model would allow students to take two extra classes per year. But to do so, the year’s worth of material for each class would be covered in just one semester.

“The eight is untenable for most average students, especially with anyone playing sports, or extracurricular activities or anything outside of school itself,” Rauber said.

Nearly 30 people at Tuesday’s socially distanced meeting, and more online, voiced their opinions. Most were against the change, fearing the average student would be left behind.

“It’s not that they are not smart, but if you don’t have that much time to work on certain things with them they aren’t going to be able to go forward,” grandparent Deanna Dinas said.

Former district board member Maria Simon approved the change last March. She said the decision was made based on the best learning opportunities for students.

“You have the opportunity during that 90 minutes to learn single subjects deeper,” Simon explained.

Simon said eight classes instead of six opens the door for internships, duel enrollment at community college, or opportunities to take a class not available under the current bell system.

“Change is never easy,” Simon added. “I think the problem we are having in this community is a lot of misinformation.”

Students would also have a “three-by-three” bell option — three periods a day, not four, and six subjects per year just like the current system.

Rauber said if you do the math, that’s significantly less time in front of the teacher learning compared to the traditional schedule.

Coronado High School students are currently working under a hybrid learning plan with two days of in-person classroom instruction. The district’s plan is for students to return to the classroom full time in the fall.