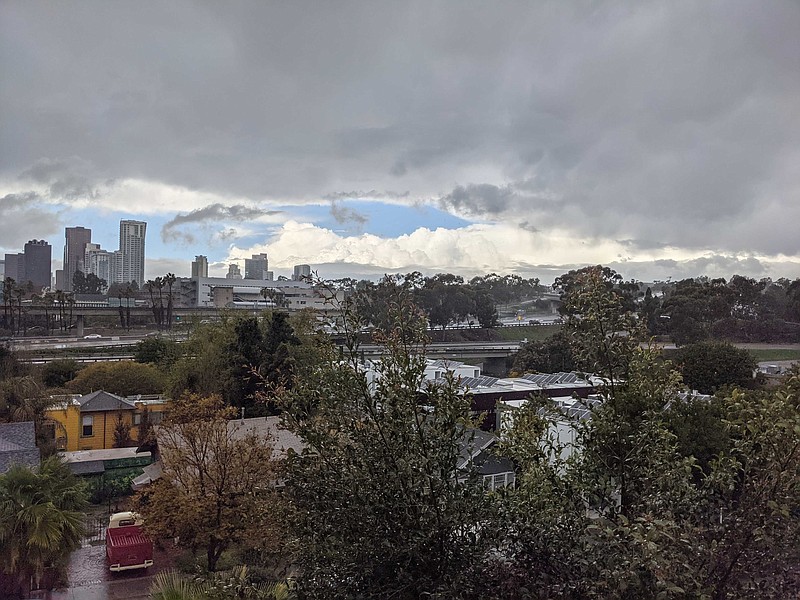 Above: A winter storm is pictured over downtown San Diego, March 2021 .

Additional showers continued to form upstream and the latest guidance showed more activity through Saturday afternoon, expected to finally wind down toward the evening, forecasters said.

Rainfall amounts over the past four days ranged from less than one-quarter inch to almost 2 inches for the coast and valleys. The mountains received a couple of inches to 2 feet of snow.

At 2 a.m. on Saturday, the weather observer at San Diego Airport reported lightning west of the airport over the coastal waters.

Dry, cool weather Sunday was expected to be followed by a fast-moving storm on Monday that may bring cold, windy weather with scattered showers, the NWS said.

An upper ridge was predicted to build into Southern California behind the trough for dry, warmer weather Wednesday through Friday. The deep cold upper low that brought cold, wet, snowy weather the past couple of days was expected to finally move east this weekend.

“As it does, it will bring near blizzard conditions to eastern Colorado, Wyoming and the western High Plains this weekend,” forecasters said. “The storm is so massive that light rain and snow showers are still possible here in Southern California Saturday.”

Sunday was expected be a couple degrees warmer with sunny to partly cloudy skies and lighter winds.

On Monday, the next Pacific trough was expected to dig rapidly down the California coast and bring another cold, windy day with scattered showers and mountain snow, the weather service said.

This compact fast-moving shortwave may bring gusty west to northwest winds to all areas, strongest in the mountains and deserts.

Gusts of 50-70 mph on the wind-prone mountains ridges of San Diego County, the NWS said. A high wind watch may be needed.

Over the coastal waters, winds of 15-25 knots were forecast and small craft advisories may be needed Monday afternoon, with gales possible in the outer waters. 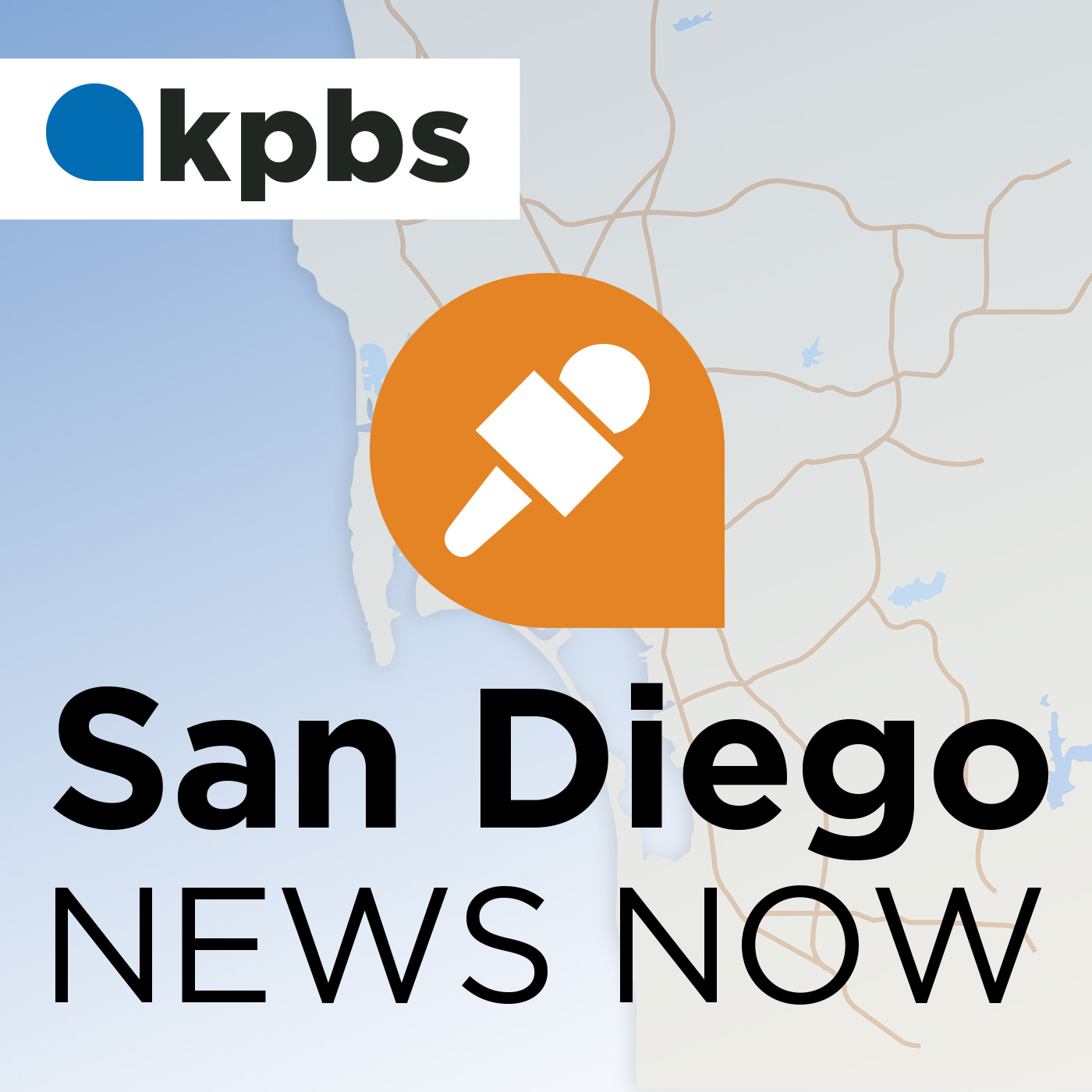 San Diego news; when you want it, where you want it. Get local stories on politics, education, health, environment, the border and more. New episodes are ready weekday mornings. Hosted by Anica Colbert and produced by KPBS, San Diego and the Imperial County’s NPR and PBS station.