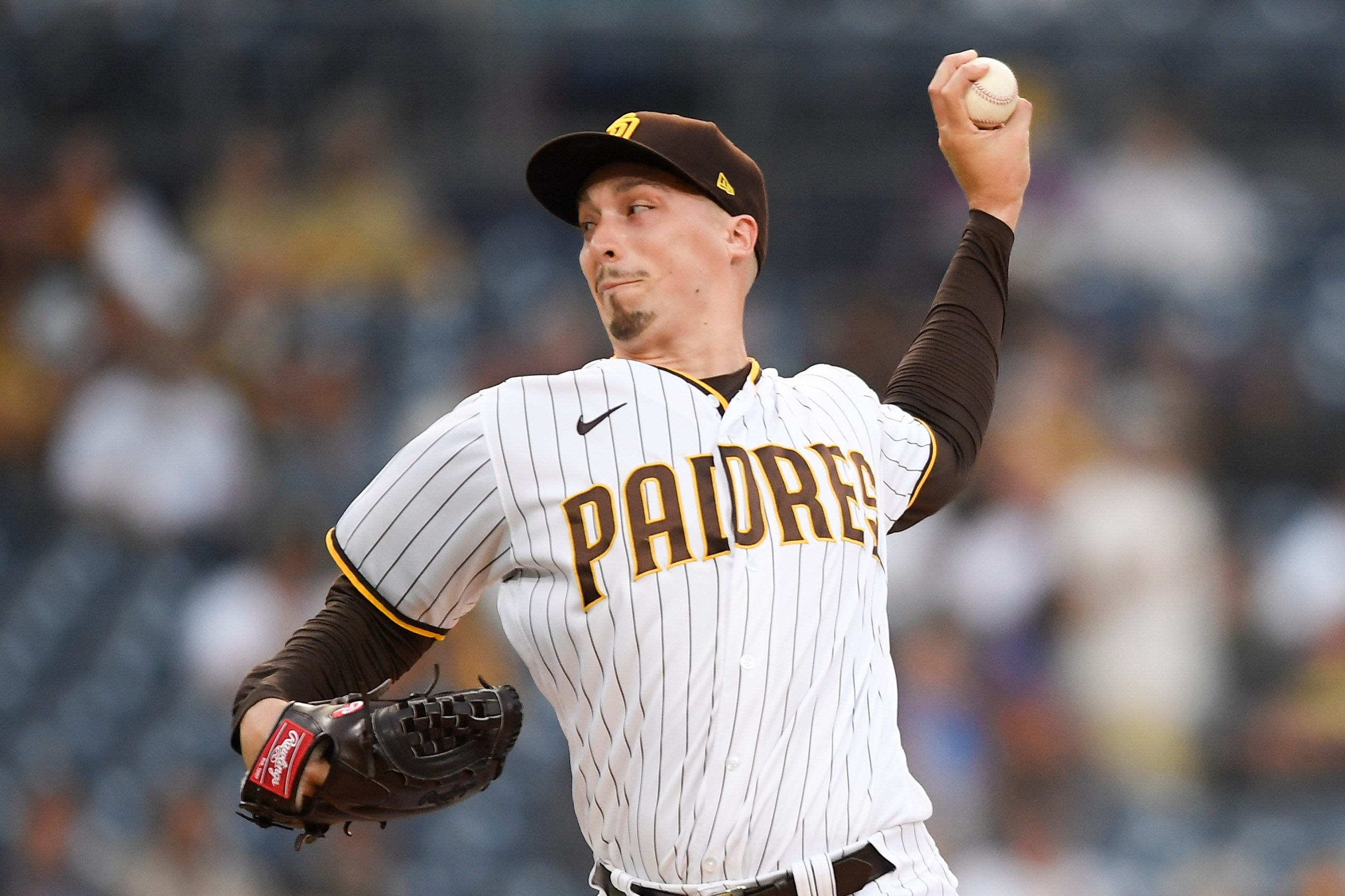 Padres starter Blake Snell, the 2018 American League Cy Young Award winner in Tampa Bay, hasn’t had many long outings since coming to San Diego in a blockbuster off-season trade. Half of his starts in 2021 lasted fewer than five innings.

Whatever he changed before Friday night’s start against the Mets, he needs to keep doing it for the rest of his career.

Snell tossed 7.0 innings of shutout baseball, allowing just one hit and striking out 10 (on 101 pitches, much more efficient than he’s been) in a 2-0 win over New York.

Snell threw six no-hit innings but the 7th inning might have been his most impressive, and not just because he hadn’t pitched that deep into a game since April 2 of 2019. Francisco Lindor led off the inning with a base hit to left to break up the no-hitter. It should have been a single but left fielder Tommy Pham made a bad decision.

Pham charged hard trying to preserve the no-no bid but realized too late he couldn’t make the play and got caught in-between hops. The ball rolled to the fence and Lindor rolled to 3rd base with nobody out and the 3-4-5 hitters coming up.

He never got any farther.

Snell struck out James McCann, got Pete Alonso to pop out to 1st base, and punched out Brandon Drury to put the exclamation point on the best outing of his Padres career, and San Diego needed it because offense was hard to come by for them, too.

Former Padre Joey Lucchesi returned to Petco Park to face his former team. In the first inning he gave up a solo homer to Manny Machado. Over the last two years the Padres are 18-3 when Machado hits a bomb so, even though it was the only run Lucchesi gave up in 4.2 innings, it was a good sign for the Friars.

It was still 1-0 in the 7th when the New York bullpen faltered. Wil Myers led off with a double and Jurickson Profar was hit by a pitch. Then Padres skipper Jayce Tingler had catcher Webster Rivas lay down a sacrifice, which turned out to be a bad idea. Rivas bunted into a double play and it looked like the rally would end.

But, Drew Smith walked Tucupita Marcano (who was pinch-hitting for Snell) and Jeurys Familia walked Pham to load the bases for Machado. Manny has 11 career grand slams.

He didn’t even get a chance to hit number 12.

Familia walked him on four pitches to bring in Profar and make it 2-0, which for pretty much all of 2021 has been plenty of cushion.

Pierce Johnson handled a scoreless 8th inning and Mark Melancon converted his league-leading 19th save to lock it down.

The Padres have won 12 straight games at Petco Park, a franchise record. Getting number 13 will be a heck of a chore. On Saturday night they get a look at Mets ace Jacob deGrom, who gets the start against Joe Musgrove.