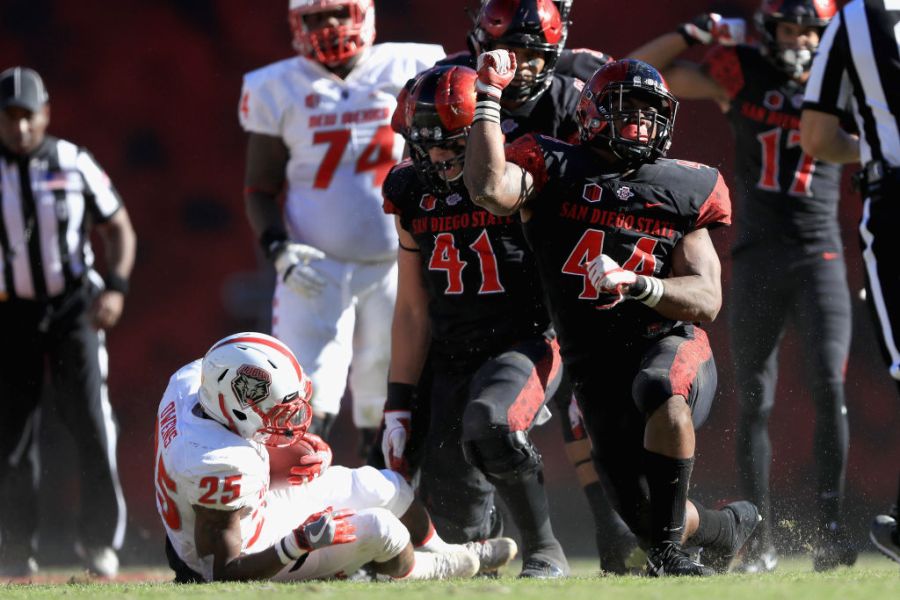 SAN DIEGO – For another season starting this fall, the Aztecs football team will play its home games in Carson since the team’s former home in Mission Valley was demolished.

The venue, named through the ages for Jack Murphy, Qualcomm and SDCCU, hosted the Aztecs for more than half a century. In what ended up being the team’s final game there in 2019, SDSU defeated Mountain West rival BYU, 13-3, before finishing the year on the road with a New Mexico Bowl win over Central Michigan.

Three members of the 2019 Aztecs recently shared their Stadium Stories with FOX 5.

“It’s kind of crazy because you’re driving on the freeway and you kind of look and see where that stadium is and now you see kind of through it,” Tezino said. “It’s like, ‘Wow.’ I mean, I understand we’re building a new stadium and it’s going to be awesome.

“Obviously I’m going to come back always and see how it is, but it’s kind of difficult because I played all five years of my time being here in there. It’s just like putting that stadium to rest now.”

“It’s nothing,” Hall said. “I saw it on the news, the last piece of the stadium being torn down. It was just like, ‘Dang.’ There’s a lot of memories, a lot of history there with the Chargers as well as the Aztecs. But I’m looking forward to seeing the new stadium and them packing it out and making sure there’s some new history and some new records being made there.”

“I have the 2017 Stanford win,” Johnson Jr. said. “Who doesn’t love a blackout? It was like, ‘Hey, man.’ This is a once-in-a-lifetime thing and the crowd was rocking. That was like a crazy atmosphere. And then I’ll go Fresno State when we won the Oil Can back and it was like an intensity through the defense that whole game. We felt disrespected when they rushed the sideline and took it from us two years before that and it was like an amped feeling that whole game.”

He goes on: “Not seeing (the stadium) there was kind of like an empty spot, but I mean the new stadium the 2020 class is going to get is kind of crazy and I can’t wait to go and ask for my sideline pass. Make sure y’all know I’m coming for it. To just get to witness greatness, I think the first season in that stadium will be a rockin’ one and I can’t wait to see them pack it out.”