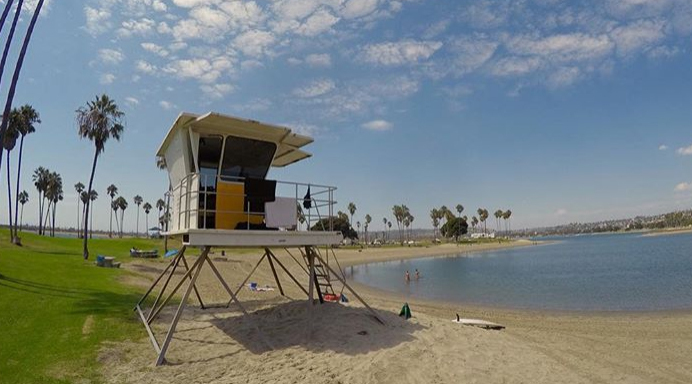 Forecasters said Sunday was expected be dry with near seasonal temperatures and a few high clouds.

High temperatures along the coast Sunday were predicted to be 62-67 degrees with lows of 42-47, forecasters said. Western valley highs will be 63- 64 with overnight lows of 39-45. Highs near the foothills will be 58-62.

Patchy drizzle overnight in the county left between 0.01-0.02 of an inch in a little more than a dozen gauges, the NWS said.

The lingering low clouds that straddled some of the valleys and mountains Sunday morning had mostly dissipated by late morning.

“Extensive high clouds remain, streaming north to south, though these should thin slightly as the day progresses, allowing a little more sunlight to percolate through,” forecasters said.

Another round of gusty west winds to the mountains and deserts was predicted by the NWS for late Monday into Tuesday. This system was expected to bring a slight chance of light showers to the San Diego County mountains Monday night. In coastal waters, a small craft advisory remained in effect until 11 p.m. Sunday.

After a brief reprieve, winds may gust more than 25 knots late Monday and Tuesday and combined seas could build to more than 10 feet in some areas.