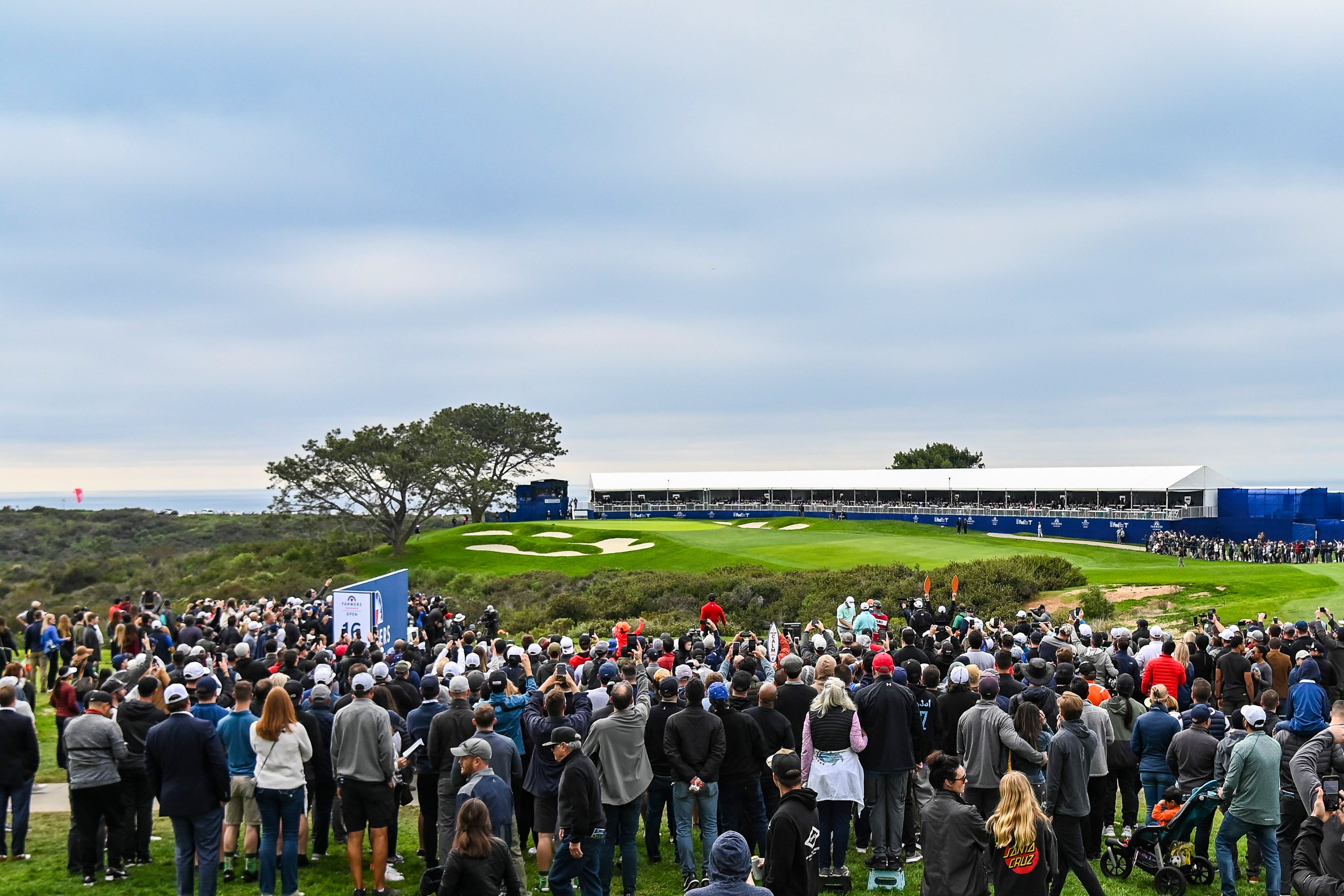 They won’t match the numbers seen at Torrey Pines in 2008, but fans will be allowed on the grounds to see the U.S. Open in person this June.

The USGA announced Monday afternoon that they will welcome a limited number of fans to the course when the major tournament returns to San Diego June 17-20. This year’s U.S. Women’s Open will also have spectators in attendance June 3-6 at the Olympic Club in San Francisco.

As expected, fans will have to follow certain protocols in order to get inside the gates. California residents can gain admittance by providing one of two things: proof of vaccination 14 or more days prior to the event, or a negative COVID-19 test. Fans who come from out-of-state will be required to prove that they have been vaccinated two weeks or more ahead of the tournament.

In addition, social distancing and face coverings will be required at the course.

Last year’s U.S. Open was played at Winged Foot Golf Course in New York without galleries. That was also the case at Torrey Pines for the 2021 Farmers Insurance Open in January.

“Last year, we missed the energy that fans bring to our U.S. Open championships,” Championships senior managing director John Bodenhamer said in the USGA’s announcement. “We are grateful to our local and state health and safety officials in California to be in a position to welcome some fans back this year to witness the greatest players in the world contending for these prestigious championships, while working to maintain the health and safety of all involved.”

The USGA did not specify how many fans will be allowed to attend. Fans who have already purchased tickets will hear from the USGA on their plan. A limited number of tickets will be available for purchase beginning April 26.

Earlier this month Augusta National welcomed patrons back at a limited capacity for the Masters, the first major tournament on golf’s schedule.