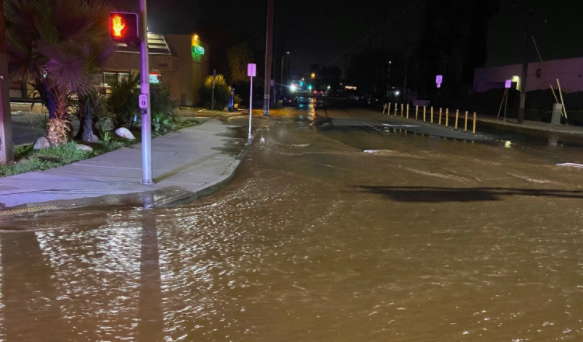 The leak occurred near Broadway and N First Street, police said shortly after 4:15 a.m. in a tweet.

Water service in the area was shut off.