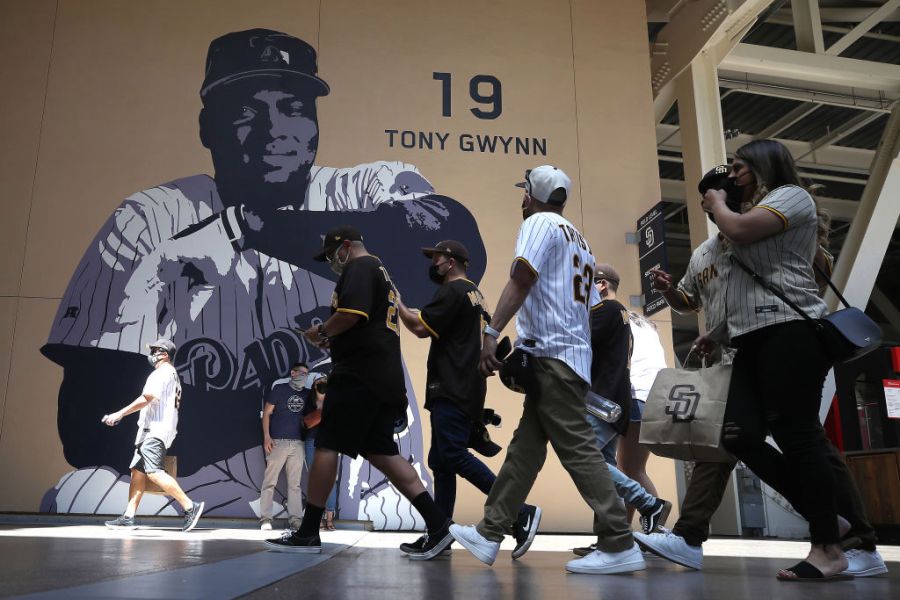 SAN DIEGO – Alicia Gwynn, the widow of Padres legend Tony Gwynn, on Friday applauded Major League Baseball for its decision to move this year’s All-Star Game from Georgia, and requested the league instead bring the game to San Diego.

Manfred said the decision was “the best way to demonstrate our values as a sport.”

“Major League Baseball fundamentally supports voting rights for all Americans and opposes restrictions to the ballot box,” he said in a statement.

The league said it still is finalizing details on where the All-Star Game will be held.

Gwynn and Harris, the president of People’s Association of Justice Advocates, asked the commissioner to consider San Diego, where Tony Gwynn starred for 20 seasons for the Padres and both played and coached at San Diego State University.

“I know there are many cities that could host the MLB’s All-Star Game, but nothing comes better than the eighth largest city in the (U.S.), San Diego, the home of an All Star you, the MLB and the world know well: Tony Gwynn,” they wrote in the letter.

They weren’t alone in advocating on behalf of the city. In a tweet, Nathan Fletcher, chair of the San Diego County Board of Supervisors, called on MLB to bring the game to town.

“We respect voter’s rights, have the hottest team in baseball, perfect weather, and a pretty awesome stadium,” Fletcher said. “We are leading the nation in vaccines and by All Star break should be all set for a great event!”

San Diego Mayor Todd Gloria and California Gov. Gavin Newsom also celebrated the league’s decision to move the game, with the latter tweeting, “Hey @MLB — feel free to give us a call.”

“In California we actually work to expand voter access — not prevent it,” Newsom said.

San Diego previously hosted baseball’s All-Star Game three times, the most recent of which came at Petco Park in 2016. The other two times — 1978 and 1992 — were held at the former Jack Murphy Stadium, which currently is in the process of being demolished.


Opening Day: Padres begin season with fans back in the stands