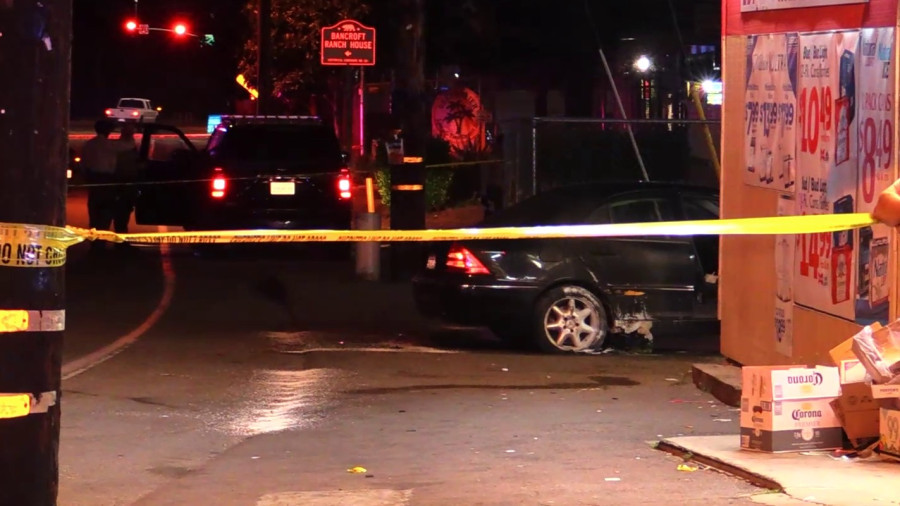 SAN DIEGO — A woman was shot and badly wounded as she sat in her car with her family late Saturday, but her husband and 4-year-old daughter escaped unhurt.

The shooting happened in Spring Valley around 11:30 p.m., according to the San Diego County Sheriff’s Department, as the family sat in the car near a liquor store on Bancroft Drive near Golf Drive.


News Now: A driver’s close call, clashes at the border and more

Two men approached the vehicle, one with a rifle and one with a handgun, deputies say. It wasn’t immediately clear if anything else preceded the gunfire, but at least one of the men shot at the car and the 40-year-old victim was hit in the leg. She suffered serious injuries and was taken to the hospital.

The woman had been sitting in the front passenger seat, with her husband driving and her 4-year-old daughter in back, deputies say. Neither was hurt in the shooting.

Investigators said they were still piecing together the details of what happened and no arrests had been made as of noon Sunday. Detailed descriptions of the gunmen were also unavailable.

Video from the scene showed a dark-colored sedan that appeared to have some damage to its side sitting outside Bancroft Market and Liquor Store, marked off with caution tape as deputies worked.