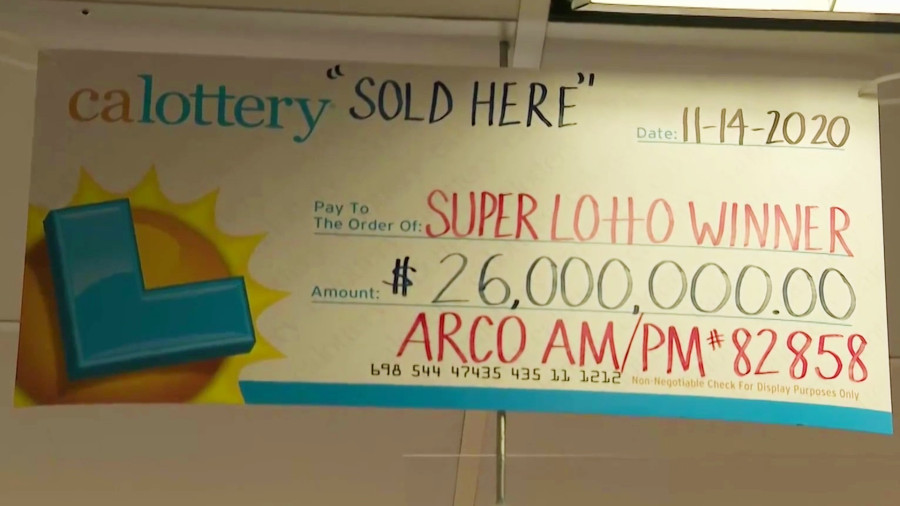 NORWALK, Calif. (KTLA) – The mystery woman who bought a $26 million SuperLotto Plus ticket nearly six months ago put the ticket in the laundry and it was destroyed, according to the manager of the Norwalk, California gas station where it was sold.

The winner had until the end of the day to claim the prize, which was purchased for the Nov. 14, 2020 drawing from the Arco AMPM at 10602 Imperial Highway in Los Angeles County.

The store’s manager — who would only give his name as Frank — said surveillance video shows the individual who purchased the ticket, and she’s known to store workers.

The woman recently came into the AMPM and said she had bought the ticket, put it in her pocket and then laundered that very, very valuable slip of paper, destroying it, according to the manager.

When the manager suggested the woman talk to waiting reporters who were hoping to identify and interview the winner, the woman declined, he said.

A copy of the surveillance video was turned over to California Lottery officials, but the store recorded over the original version and no longer has the footage, according to the manager, who had described the winner as a woman in her 40s.

Lottery officials did not immediately respond to questions about possible video evidence of the winner and what recourse someone might have after accidentally destroying a winning ticket.

“Every claim of this size if it is not turned in will be investigated,” Johnston told the newspaper group.

If the prize doesn’t get claimed, the one-time payout of $19.7 million will go to California’s public schools, a California Lottery news release stated.

Lottery officials had been encouraging players to double-check any tickets purchased that day at the winning location to see if one matches all six numbers.

Winners must fill out a California Lottery claim form, which can be found online, at any of more than 23,000 Lottery retailers in the state, and at the Lottery’s district offices.

After that, there are multiple ways to claim the prize, including pre-scheduling appointments at any of the Lottery’s offices to do it in person, or returning the signed claim form and winning ticket at the office’s secure drop box.

For those who can’t or don’t want to travel to a district office, they can also mail in the signed claim form and winning ticket — postmarked no later than Thursday — to the following address.

Any lottery prize that is unclaimed goes to public education. To date, California public schools have received more than $1 billion from unclaimed lottery prizes, according to the release.