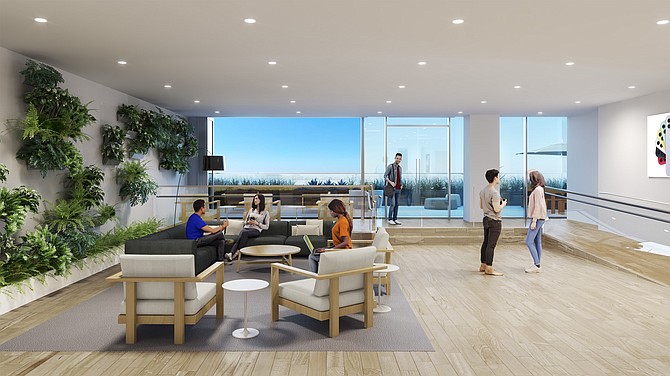 As part of Apple’s commitment to American innovation and job creation, the company plans to create 20,000 new jobs over the next five years, growing its San Diego team to more than 5,000 employees by 2026. Photo Courtesy of Apple.

Apple Inc., aims to significantly increase its engineering footprint in the region adding 5,000 new jobs in San Diego over the next five years, announced on April 26.

These new positions will be in a number of specialty engineering fields, including both software and hardware.

The growth is part of the company’s $430 billion investment in the United States over the next five years. The iPhone maker plans to add 20,000 new jobs across the U.S. by 2026.

“We are creating jobs in cutting edge fields — from 5G to silicon engineering to artificial intelligence — investing in the next generation of innovative new businesses, and in all our work, building toward a greener and more equitable future,” said Apple Chief Executive Tim Cook in a statement.

In 2018, the Cupertino company unveiled plans to open a San Diego engineering hub focused on wireless technologies. A few months later, Apple said it would hire 1,200 workers in the region.

Now the company has boosted that number to 5,000. The San Diego job target represents a 315 percent increase over Apple’s prior projections.

“We are proud to be part of the San Diego community and contribute to the city’s long-term job creation and economic development as we continue to build our team here,” said Kristina Raspe, vice president of global real estate and facilities at Apple, in a statement.

Apple currently employs close to 1,000 workers in San Diego. It said most jobs are focused on hardware and software engineering.

“Apple is a bedrock of our community, and we couldn’t be happier they have chosen to significantly expand and accelerate their growth here,” said San Diego Mayor Todd Gloria in a statement.

Apple currently supports more than 2.7 million jobs across the country through direct employment and is the largest taxpayer in the U.S. The company has paid almost $45 billion in domestic corporate income taxes over the past five years alone.